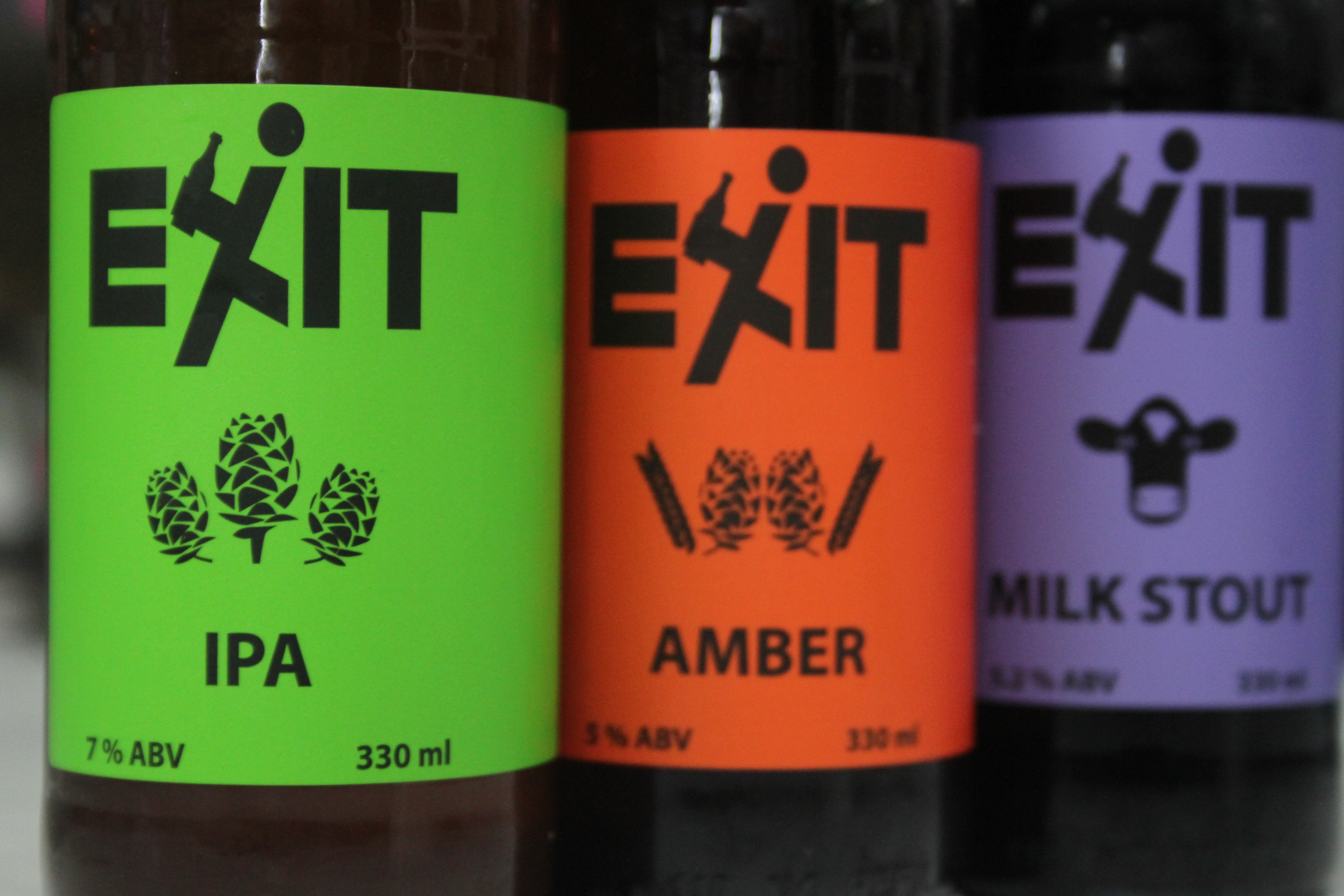 Anyone who has ever considered throwing in their day job to pursue their dream will love the story behind Exit Brewing’s name.

Mates Frase Rettie and Grum Knight worked together in IT before they took the leap and quit their day jobs to start their own brewery. Exit stands for “ex-IT”.

Their new bar in Melbourne’s Richmond is called Uitgang, which is how you say “exit” in Flemish; the pair drank lots of beer in Belgium.

Frase and Grum share a brewery with their pals from KAIJU! Beer in Dandenong South, and since brewing their first Saison in 2014 have gone from strength to strength; winning Best Amber Ale earlier this year at the Australian International Beer Awards.

In this interview, Grum shares what he loves most about the Australian craft beer industry and the challenges new business owners face.

1. What are you drinking right now?
I tend to drink what is fresh out of the brewery. Milk Stout was packed last week, KAIJU! Cthulhu was packed yesterday. Looking forward to a fresh batch of IPA coming out next week. I did have some King River Brewing Tripel that was excellent.

2. What do you love most about the Australian craft beer industry?
I do love the people I get to work with. And a large proportion of people who work for craft breweries do so for the love of beer, and are willing to help others who are trying to add to the growing range of great beer we have available now.

3. How daunting was it to leave your IT jobs to become brewery owners? Do you have any advice for others planning to give up their day job to pursue their dream?
It was a very hard thing to do, which I guess is why not many people do it. Even 3 years in we still don’t make any money out of the brewery, as money always goes back into the business. I think that is something that anybody starting a new business must think about – how they are going to live while the business grows. Brewing is especially difficult as a brewery is expensive to set up and run.

4. You’ve been mates for over 15 years. What are the perks and challenges of working with a close friend?
Business meetings are always something I look forward to… very different from our IT days. Plus we usually get to have a beer in our meetings. We actually don’t get to spend much time together at the moment as we are both so busy. Frase is now running the new bar (Uitgang in Richmond), which is a full time job in itself.

5. Congratulations on winning Best Amber/ Dark Ale at the 2017 Australian International Beer Awards. What’s the secret to creating an awesome Amber Ale?
As with most beers, small adjustments to the recipe to try to improve it can fine tune the beer to just what you are looking for. This is one of my favourite styles of beer, so I was always happy to brew it again to try to make it slightly better. I do enjoy an Amber Ale that is highly hopped, as the balance works so well with the sweeter malt makeup.

6. Do you have any exciting new brews coming up?
That is usually a bit of a secret, but we have our new limited release beer in tank at the moment (#016). It is a Scotch ale coming in at a hefty 7.5% ABV. Should be out around late July. We are also working on an American style pale ale that will go into cans to be released in the spring.