For the last two years, Luigi Mensi has been steering the ship at Modus Operandi as Head Brewer and Head of Production. We recently caught up with Luigi to chat about the beer that made him want to brew, Modus Operandi’s dedication to IPAs, and the secret to the brewery’s incredible success.

What was the beer that made you want to brew?
I would have to say Guinness. Back in the day when mainstream lagers dominated the Australian beer market, Guinness was the distinction.

In 2014, Modus Operandi set about bringing the best of American craft beer to Australia. How has the brewery stayed true to this vision?
Modus has kept true to our love and dedication for IPAs. Our two flagship beers are still the Sonic Prayer IPA and Former Tenant Red IPA. The key to a good IPA starts and ends with hops. In the recent times we are still exploring new world hop varieties and different techniques of brewing.

Can you tell us a bit about your new Hazy Series? Our customers have loved all the instalments so far, and we’re stoked to have the newly released Hazy 04 in this pack.
In previous years, we have done several hazy beer releases and the response was amazing. People loved them! We constantly get asked to bring back past Hazy releases, now people can enjoy a brand new Modus Hazy beer every couple of weeks. Keep a look out for Hazy 05 down the track as well 😉 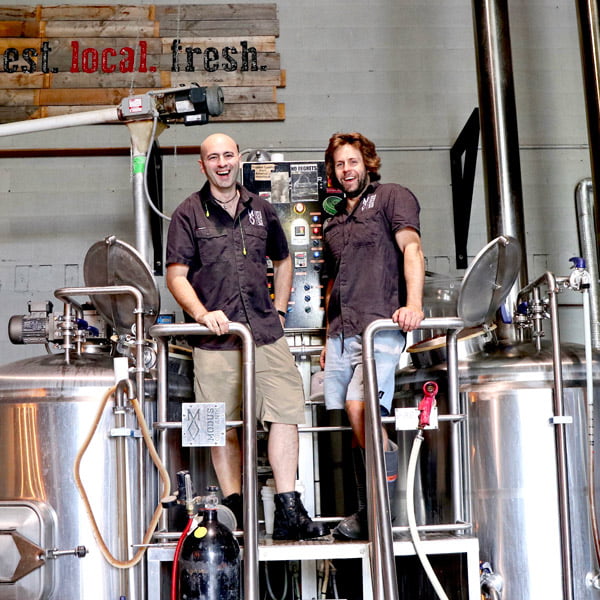 Modus Operandi is without a doubt one of Australia’s most awarded breweries, what’s the secret behind its success?
Hard work, attention to detail, cold storage, fresh beer… and no short cuts!

What’s your go-to beer(s) during the chillier months?
We have just released the new Russian Imperial Stout MMXX…my personal favourite style in the cold months!