Known for pushing the boundaries of his craft, we recently caught up with twice crowned Australian Champion Brewer, Richard Watkins to find out the secret of BentSpoke’s Brewing Co.’s success.

Indeed, the renowned Canberra craft brewery, which Richard opened with his partner Tracy Margrain in 2014, coveted an impressive six spots in the most recent GABS Hottest 100 Aussie Craft Beers Poll including Crankshaft at No. #3 – a top place it’s held for three consecutive years.

Luckily for Craft Cartel Liquor, we are among the first to get our hands on Richard’s latest creation, a Flanders Red by the name of Flemm. You’ll find two cans of this barrel aged sour in your BentSpoke Brewing Co. Pack! Read on to discover the inspiration behind BentSpoke’s latest release.

What was the beer that made you want to brew?
It actually wasn’t a beer back in 1988, it was home brewing and the need to try and have beer with flavour. In Sydney Lord Nelson and Hahn Brewery had taken off so there was a sprinkling of good beer filtering through. But brewing your own at home was definitely the start for me. 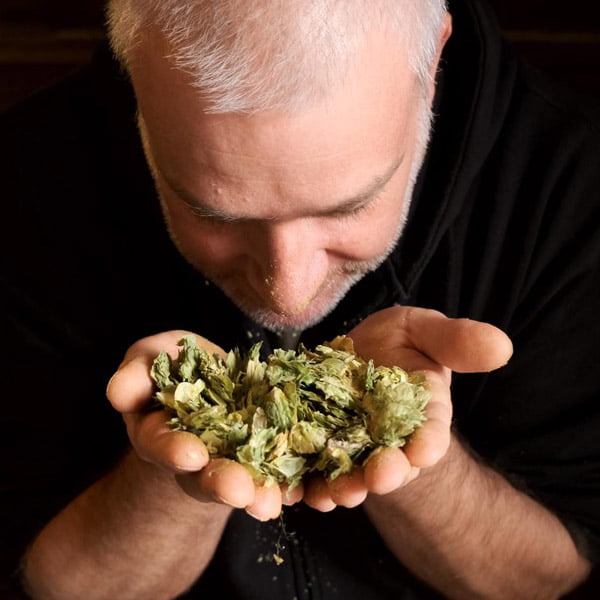 Six of BentSpoke’s beers placed in the most recent GABS Hottest 100 Aussie Craft Beers Poll including Crankshaft at No. #3 – a top spot it’s held for three consecutive years. Why do you think BentSpoke continues to dominate Australia’s largest people’s choice poll?
Crankshaft was one of the first beers we ever brewed and has always been a favourite at our Braddon Brewpub. We think people love drinking fresh, hoppy beers. The list always has new beers or breweries that do very well but for Crankshaft, Barley and Sprocket to have held their own we know that they are year round favourites for beer lovers around the country.

We are beyond excited to have your latest release ‘Flemm’ featured in our limited edition BentSpoke Brewing Co. Pack. What’s the inspiration behind this barrel aged Flemish red ale?
On a trip to Belgium and a guided tour of the famous Rodenbach brewery, Tracy and I fell in love with barrel aged sour beers. A local farmer sitting at the bar of a brasserie close by, guided our beer choices and made sure we felt welcome. You guessed it; the farmer’s name was Flemm!

How has the COVID-19 pandemic impacted BentSpoke? What’s your advice to beer drinkers who want to support local?
Covid has impacted mostly our Brewpub and on premise sales. However it has meant that we have been able to focus on being a part of great initiatives like this beer pack with Craft Cartel and support our retailers. We have also been able to launch our Bent Brewers Live series every Thursday at 6pm on our Facebook and Instagram. This Thursday we will be talking about Flemm!

What’s your go-to beer(s) this Autumn?
Our Red IPA Red Nut is the perfect beer for Autumn, sunny days and cold nights in the Capital!