Beer with the Brewer — Jon Fuchs 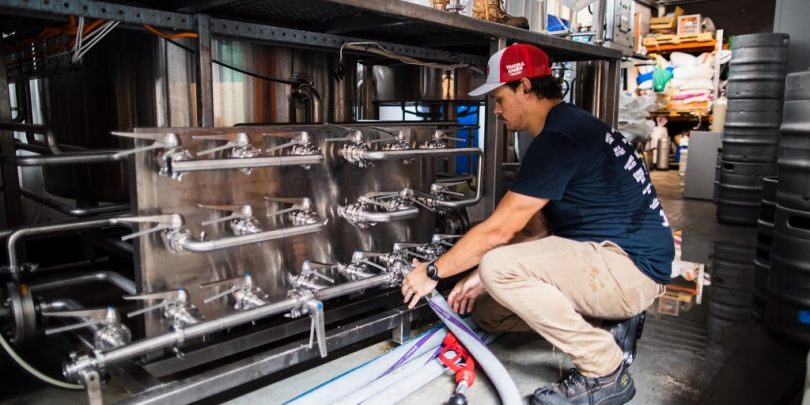 We sat down for a beer with Jon Fuchs, Co-Founder & Head Brewer of Sea Legs Brewing Co —a truly independent craft brewery making a buzz in the industry—check out our exclusive interview:

1. What does the brand Sea Legs means to you?

It certainly has a very close place to me. It’s been interesting as it’s evolved… and the origination of the name as it is did come about from a nickname for me. After a few too many DIPA’s in my previous life as an engineer I was ushered off in a cab by a good mate saying, “off you go Sea Legs”. Certainly humorous at the time… its developed a fair bit more meaning for me as the name has morphed more into a metaphor for why I dove into this in the first place… to find my Sea Legs.

2. What was it that first got you into brewing beer?

I went to engineering school in the town of Golden, Colorado (the home of Coors) in the states in the early 2000’s. We had a small brewery up the road set in an old house, fitted out with old dairy tanks. One of the owners had a chat to us one day and showed us around… and something about his handmade setup and process infatuated me. Not long after that I manufactured a home brew kit of my own.

3. Congrats the brewery has just turned 3, we’ve seen some amazing innovation to date, tell us what’s next for Sea Legs?

It’s certainly been a crazy few years! While our primary focus has always been on improving our process and brewing techniques in the best interest of quality, the final product, and pushing the boundaries of what we’re doing – we’ve made some big leaps in the last 6 months in this area. Expect to see this reflected not only in our core range but also with a plethora of limited releases… that may be at times traditional in nature and at times completely non-sensical.

4. What does a normal day at the Sea Legs Brewing Co look like?

We haven’t really got a normal day… primarily because we brew all our beer on site, in which also houses our taproom which is open 7 days. On weekdays, the brewery tends to become a part of the taproom which has its own complexities specifically with space, but we’ve got a team that are tetris experts (and work their asses off). We have our canning machine (which lives off site) in 1-2 days a week and outside of that we could be brewing anywhere from 4 batches up to 16 batches of beer in a week!

5. What is your favourite beer style to drink? 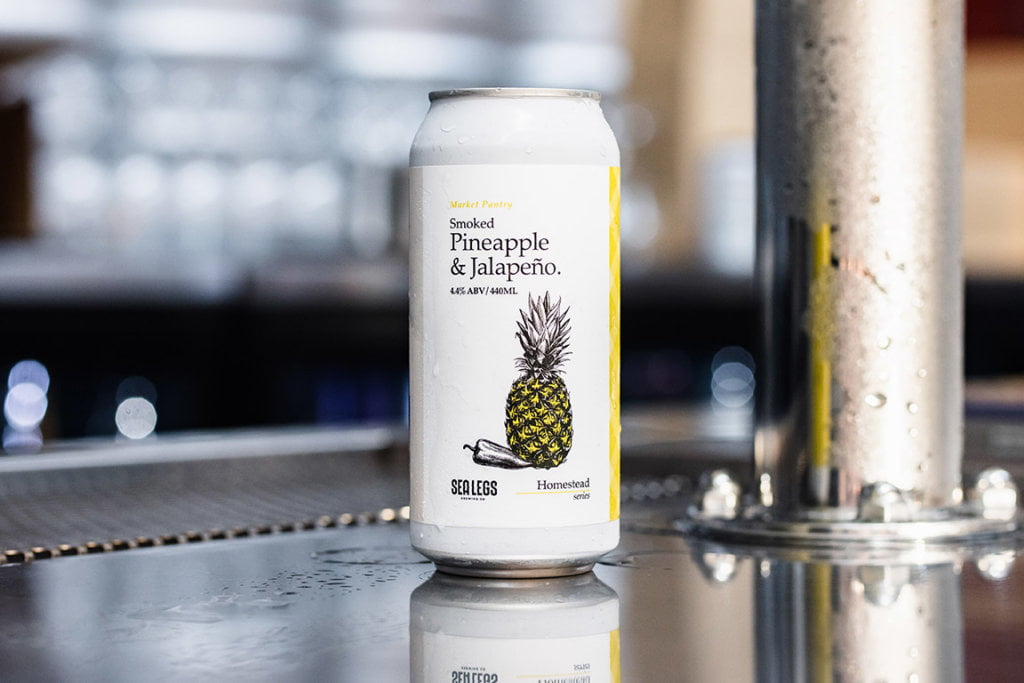 6. The highly sort after limited release, Smoked Pineapple & Jalapeño Sour is included in our exclusive Sea Legs Brewing Co Brewery Series Mixed Pack. Tell us about your inspiration for this popular beer?

We always knew this would be a very polarising beer – probably not to this extent though. It’s the first limited release we’ve ever brewed and the second go of it has showed us how widely sought after and accepted it was.

The idea originally came about as the team in general loves all things spicy, BBQ, smoked, etc and BReNdOg (who was our lone sales rep at the time) had brought in a homemade Pineapple & Jalapeno hot sauce of his. We had only just kicked off our Homestead Series a few months prior and the concept fit in well with that range of beers. 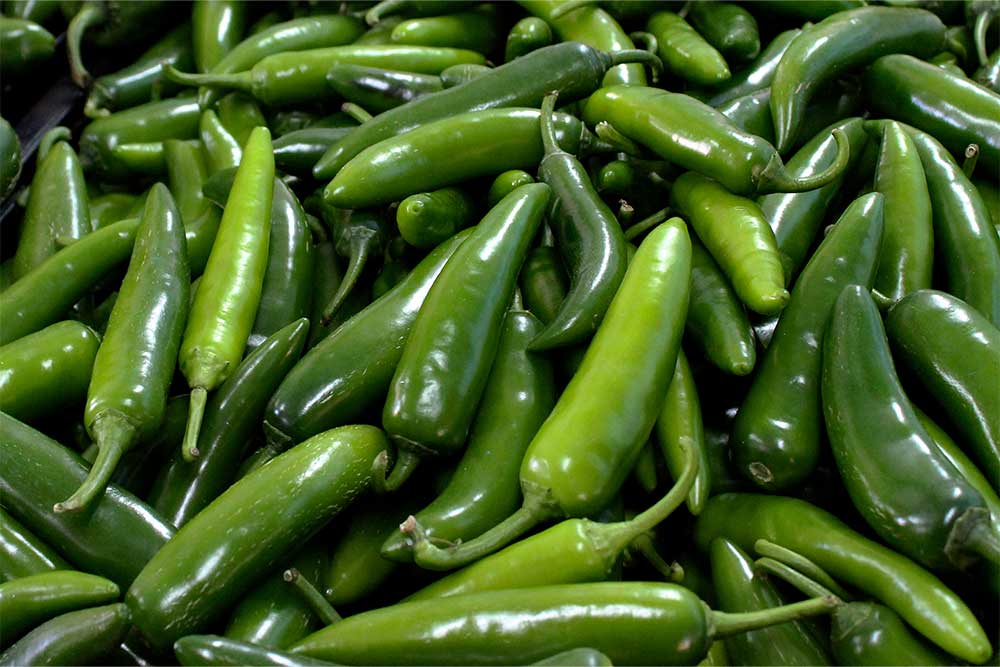 Next thing I knew I was smoking 20 kg’s of Jalapeno’s at home, we were toying with benchtop extracts, and wound-up blending jalapeno to the base pineapple kettle sour little by little until it hit the mark for us. The rest is history. The beer has come out (in both instances) with a nice and apparent pineapple character with subtle sweetness while lightly tart. There’s an apparent jalapeno aroma and taste that leaves a small bit of spice that lingers for a few seconds. Certainly smashable… and absolutely perfect with low and slow BBQ.

7. While locals have always been some of your most loyal customers, now fans all over the country are finding their Sea Legs. How important is the role of online craft beer platforms in this journey?

Online platforms like Craft Cartel have completely changed the game. Typically, beer enthusiasts used to only go to their local bottle shop, or brewery, now with platforms like this it allows people to try new brews from new breweries they typically wouldn’t get to. Likewise, for us, it’s great to reach new craft beer mates we may not have a connection with just yet and allow them to have our product delivered to their door to kick back and enjoy. 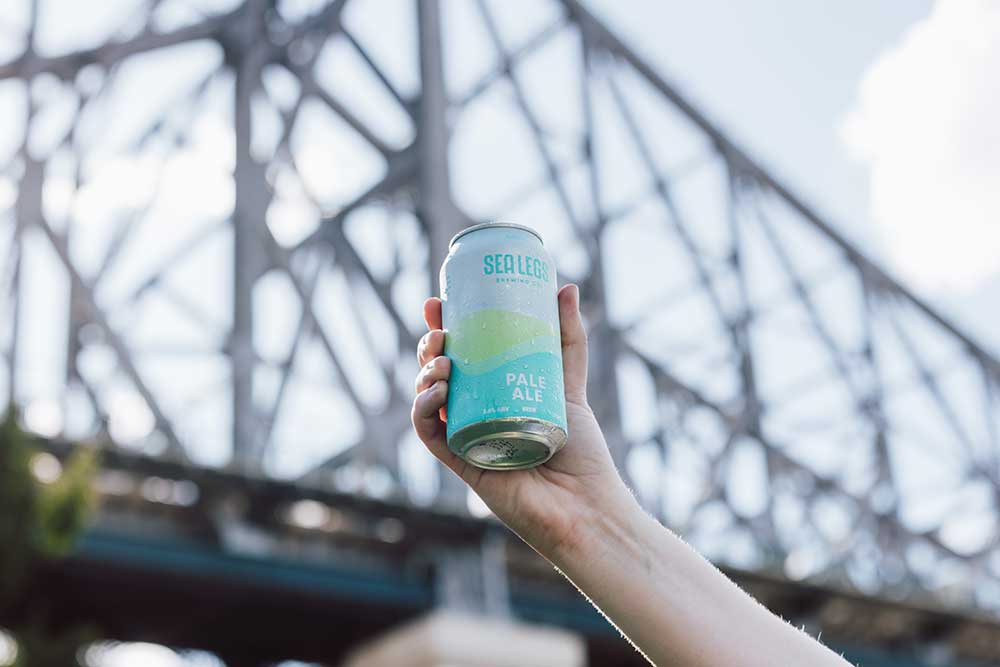 8. For those who haven’t discovered the Sea Legs taproom, what is your top recommendation for making it a trip to remember?

If you don’t mind some commotion, come through early in the week as our brewery is very much a part of the taproom these days. If you’re lucky we’ll be brewing and canning at the same time. Enjoy some legit wings, smash a Pale Ale and watch the crew do their thang.

9. Some occasions just call for a beer. What Sea Legs beers are perfect for when you’re after…

#2. The airport beer an IPA or two … ideally inducing a nap

#3. The “scary movie on the couch” beer Cozy up to an Imperial Stout

#4. The “footy is about to start” beer Session Ale… in the event it becomes a session

#5. The “cooking a BBQ in late summer” beer Pineapple & Jalapeno Sour… trust me, pair this with BBQ

#6. The “hotel balcony 7pm” beer Pale Ale… whether it’s the end of the day or the beginning of the evening

#7. The “I just mowed the lawn and deserve a beer” beer Session Ale… refreshing

#8. The “end of a tough day” beer Something robust… our Pale or IPA

#9. The “waiting for your partner to get ready” beer Session Ale… it’s about pace, may need more than one

GET THE SEA LEGS PACK 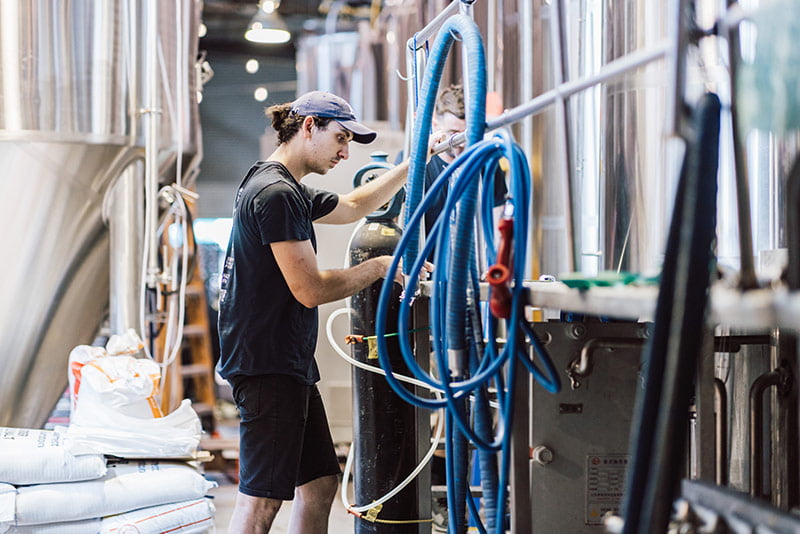 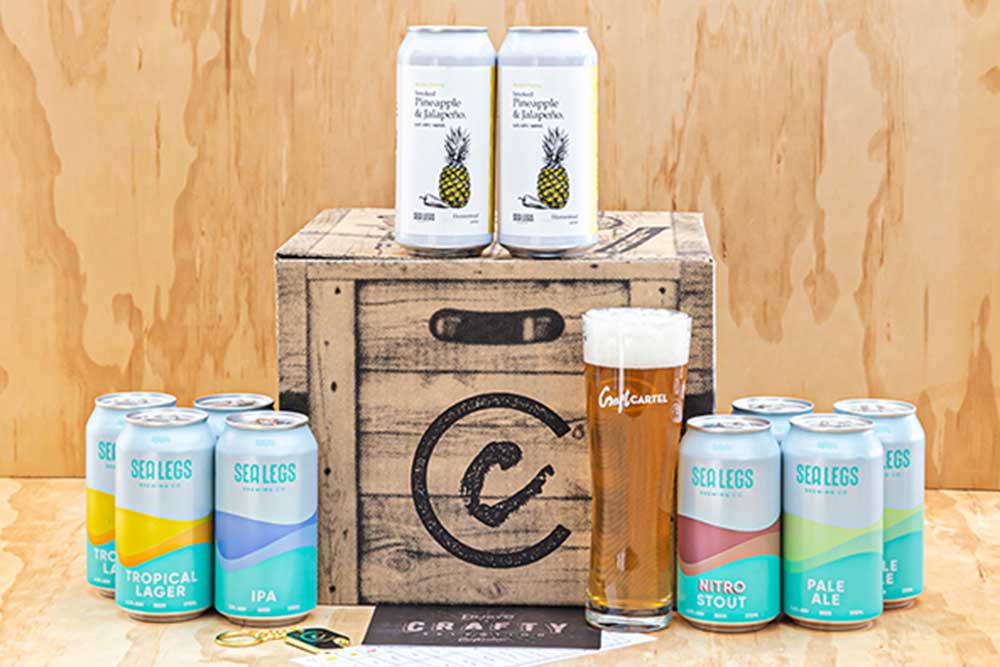 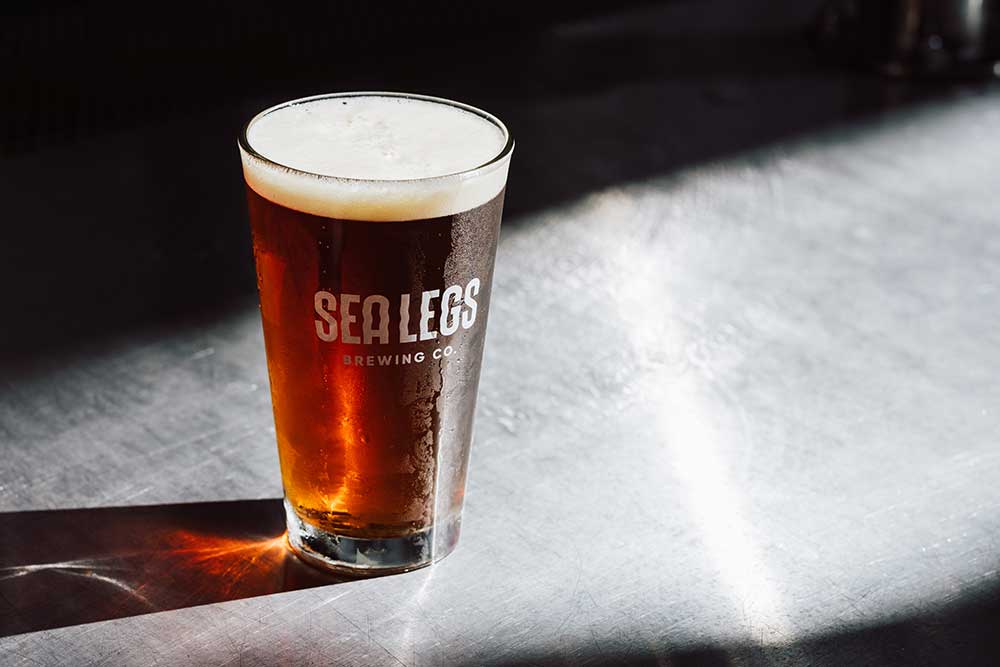