Batch brew and release limited release beers regularly and have a core line of top selling brews which are the envy of breweries right across the country!

We recently caught up with Batch’s brewer Tom ‘Tex’ Walker, to discuss community, coming up with new beers, and more.

Batch is synonymous with craft beer in the inner west of Sydney.
What’s at the heart of forging that success?
Brewing beers that our community wants and offering a great place for them to be able to taste the beers in with friends and family!

Small batch, artisan brews are a trademark. What’s the most challenging thing about coming up with new brews all the time?
There is so much out there these days that choosing what to do next is a real challenge. Sometimes it’s trying to predict what we think our customers will want.  Other times, it’s taking a beer or stye that we ourselves love to the market, in the hope that they fall in love with it to. 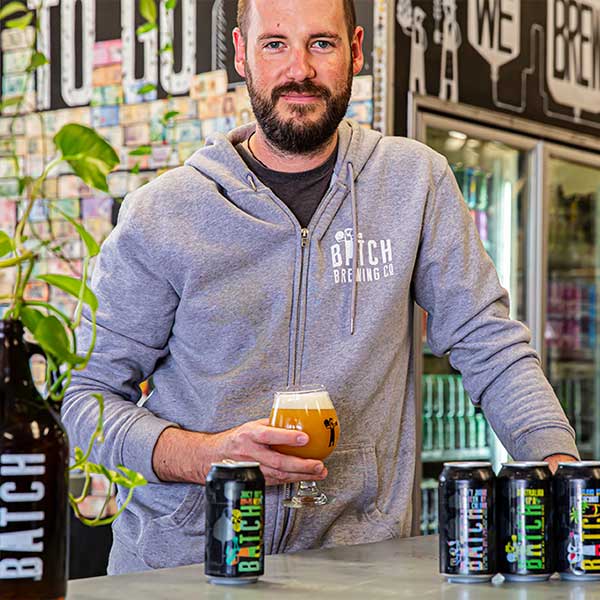 You have a strong social conscience giving back to the local community, tell us why that’s important to you?
Community is our everything. Without our local community we’d have nothing!

Controversial question; pineapple on a pizza, yes or no?!
Yes, as long as its old pals ham or bacon are there to!

Back to the beer! 18 months ago you opened a second location in Petersham where a lot of the really small batch brews are produced. How have you found adding a second location to the mix?
It’s been great because it means we can do new and different beers all the time to scratch our creative/explorer itch. With this smaller system, we can really push boundaries we otherwise wouldn’t have since the risk is lower.
Then it also helps to streamline if/when these beers come out of Marrickville because they’ve been tested already at Small Batch.

Has this allowed to you produce better beers, more beers, or both?!
Both! More beers that have been tested so we produce them better!

What can beer lovers expect from this epic Batch pack? Any favourites?
Oh man, I love them all! Sours are a definite favourite of mine though as I really am into tartness over bitterness these days!