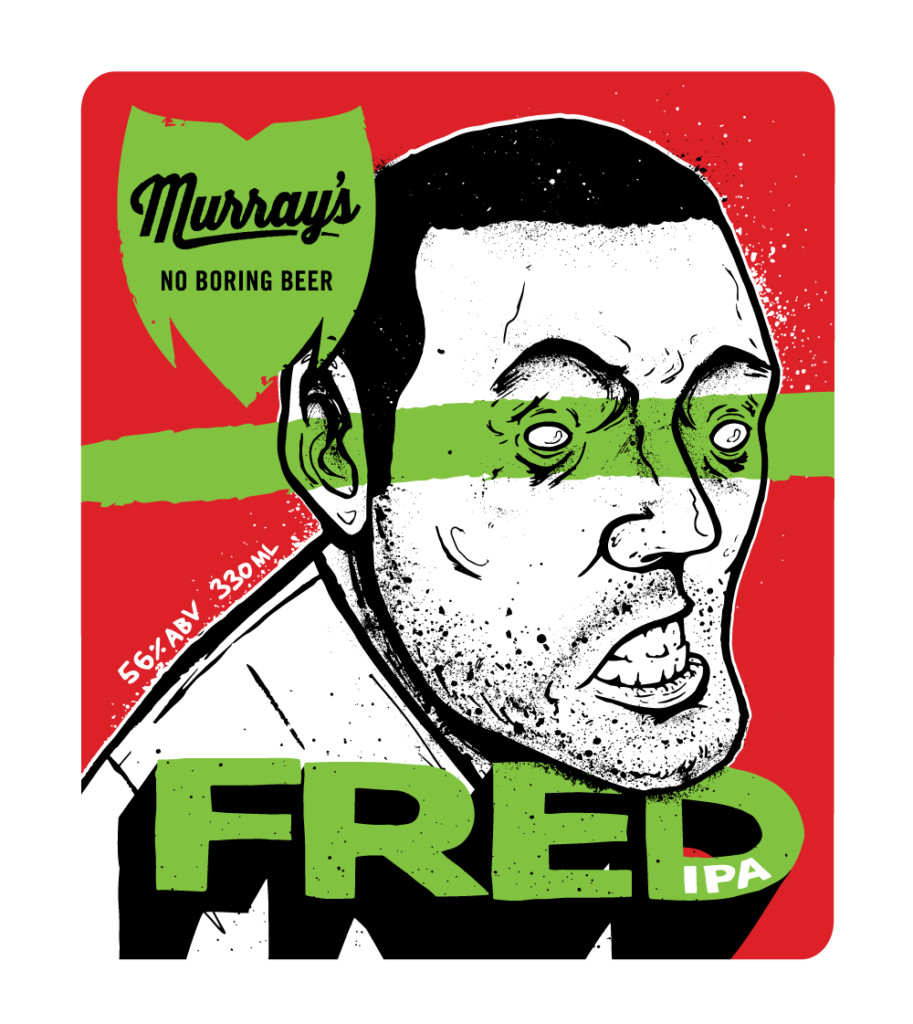 MEET THE ARTISTS BEHIND YOUR FAVOURITE BEER LABELS IN OUR NEW BLOG POST SERIES.

This NSW North Coast craft brewery loves visual art and every beer they create is given a distinct personality by a local or international artist.

Our personal favourite is the shady character on Murray’s Fred IPA, so we reached out to the creator, Sydney artist and illustrator Mike Watt to find out a little more about Fred and his collaboration with Murray’s.

1. There has been an explosion of inventive and original craft beer labels, what is the key to standing out in a bottle shop fridge?
I think a big factor is making sure you’re doing your own thing. Trying to look like someone else can make everything blend together pretty quickly.

2. How did the collaboration with Murray’s Craft Brewing Co. come about?
I was originally recommended to them for some mural work, it quickly expanded from murals and now we work together regularly on labels, decals and other design work. I always love collaborating with Murray’s… And drinking their beer.

3. Where do you draw inspiration for your labels?
It varies, but say if the style of beer originates from a certain area, I might put that into the design with the type of character I create for the label. Or it could be the name Murray’s come up with that puts me in a certain direction.

4. How does the beer’s flavour influence the design?
I think it changes the tone of the design depending on its flavour. As an example, for a sweeter beer like the Easter Egg beer the design will be sweeter to suit the flavour, while a more bitter beer like Fred has a less sweet design.

5. Can you tell us a little bit about Fred? He looks like a pretty menacing character.
Fred is a good guy but he’s had a colourful life and been involved in some sketchy situations with some sketchy characters. Now he tries to keep his head down and stay out of trouble. 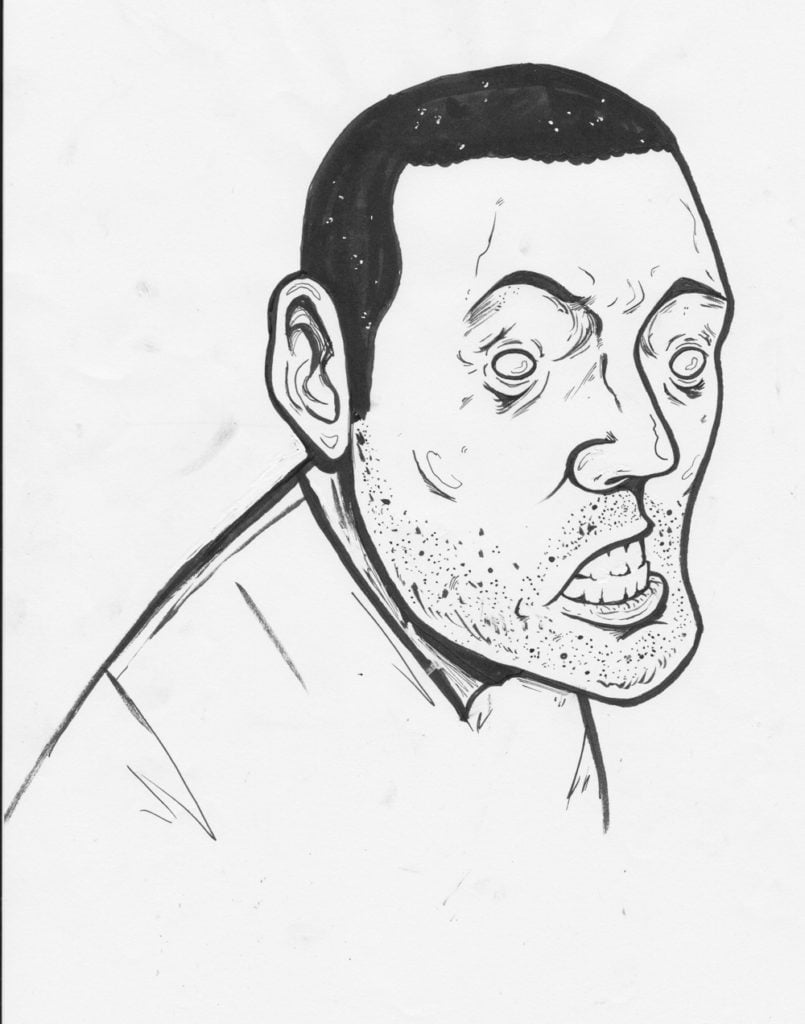 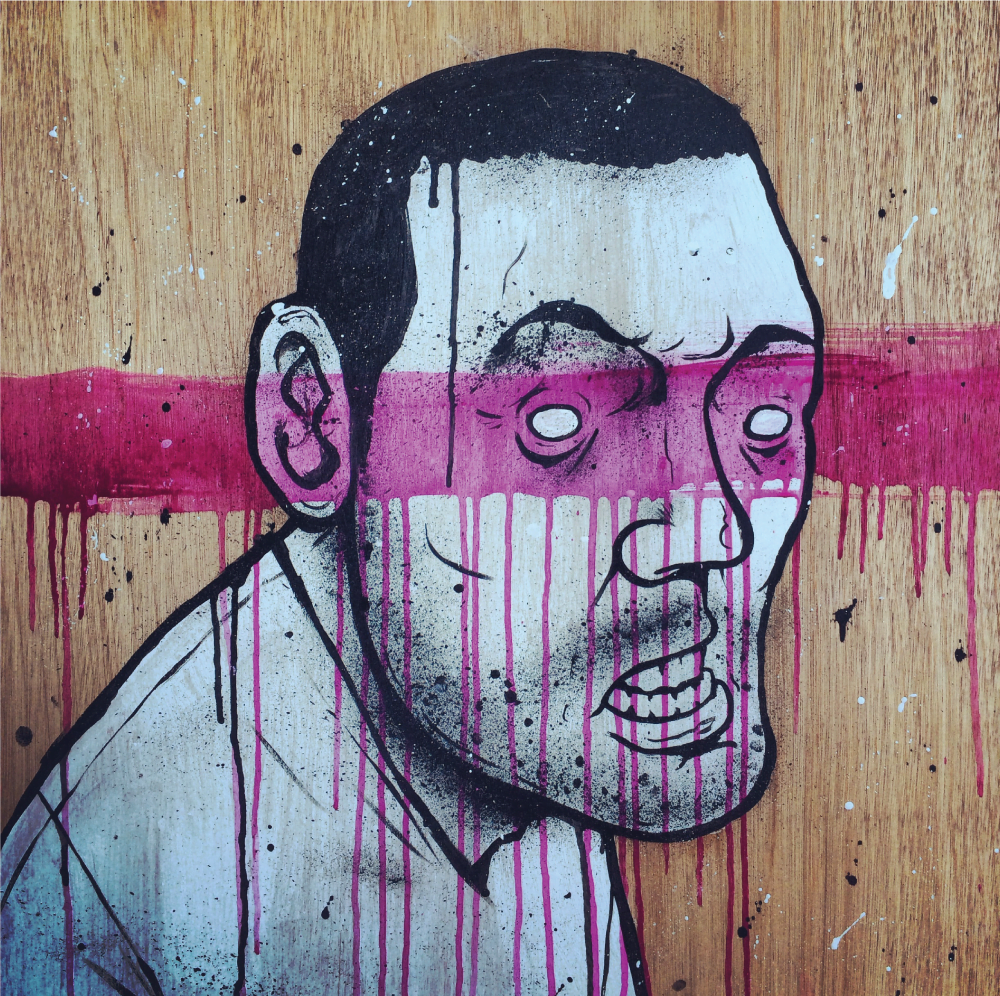 Mike Watt is an Australian artist and illustrator based in Sydney. His mediums vary from biro, spray paint, brush and ink to digital. Click to view more of his work here

You can purchase Murray’s Fred IPA in The Newbie mixed case and as a straight 16pk, 4pk or single bottles.