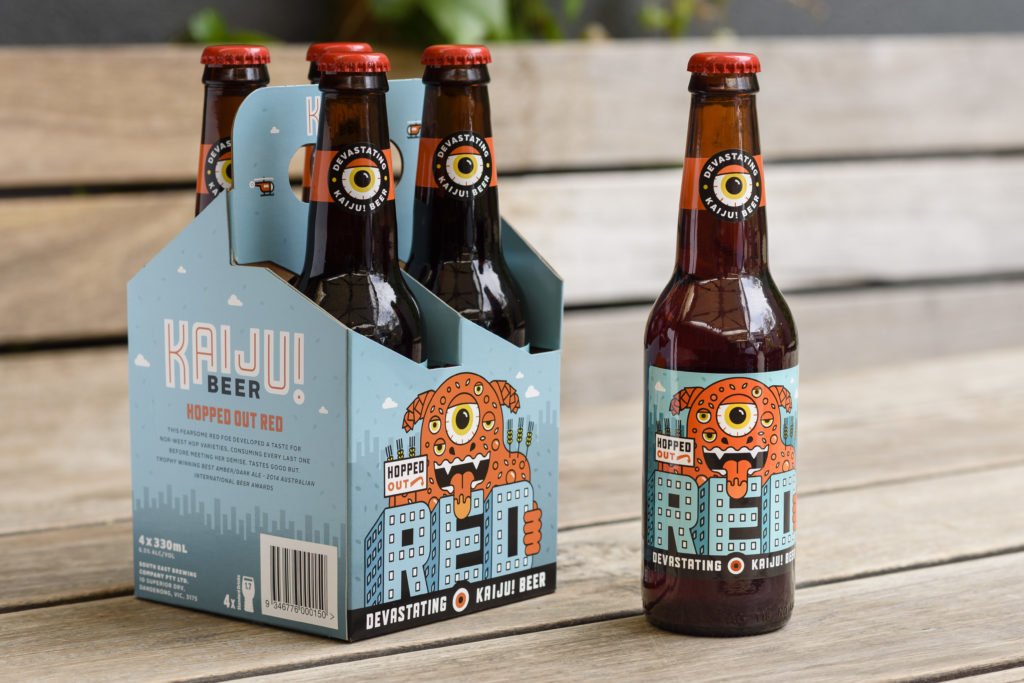 No doubt you’ve spotted one of KAIJU! Beer’s bold monster labels in a bottle shop fridge. We reckon this craft brewery situated in Dandenong South (VIC) has some of the best packaging in the craft beer world.

Kaiju means “strange creature” in Japanese (ones like Godzilla), and the imaginative design whiz behind these awesome labels is New York based artist, Mikey Burton.

We recently caught up with Mikey to find out the inspiration behind his mad creatures.

1. There has been an explosion of inventive and original craft beer labels, what is the key to standing out in a bottle shop fridge?
My style of illustration is not something you’d typically find on a beer can. KAIJU! took a chance on letting me help create and bring their beer to life. It’s a totally different approach but it’s fun!! Hopefully, the illustrations help show the personality of the beer and people are intrigued to try it.

2. How did the collaboration with KAIJU! Beer come about?
Somehow, Callum found me through the mystery of the internet. He contacted me to help design a cider, it sounded like a cool project, and it was. When they started making beer, I think they felt obligated to keep working with me. Just kidding!

3. Where do you draw inspiration for your mad creatures?
When we designed the cider packaging, it was a very simple geometric style. So when we started creating the beer labels, we had to keep a similar style and create elaborate monsters. I think the restriction is what gives them such a unique look. Also, the different styles of beer certainly inspire the creatures and makes them all different.

4. Do you give each of your monsters a distinct personality and backstory? Does the beer’s flavour influence the design?
Yes, It’s definitely a collaboration between me and KAIJU! which makes it really fun! Sometimes, they’ll come with distinct ideas of what the monsters should be or I base illustrations off the characteristics of the beer itself. It’s a lot of fun back and forth. All of the monsters are related to the beer in some way. The first one we did was called Metamorphosis – the idea is that it all started with a mutated hop that would then grow into other monsters, kind of like a foundation for everything else. Betelgeuse is a big beer with a high ABV so we needed to create an even bigger monster. Betelgeuse is the largest star in Orion so the monster is designed around that. If you look at the illustration, you’ll notice that the constellation of Orion’s Belt is drawn like a tattoo between its eyes. It’s also holding another KAIJU! monster to exaggerate its size. Then there came a point where we had so many different KAIJU! monsters that I had the idea to create a robot to help defend humankind from the monsters. KAIJU! created a beer around this specific character, called RoboHop. That brings us to the most recent beer, KRUSH!, which is just a mutated pineapple. haha Again, the process is really collaborative and kind of progresses organically. 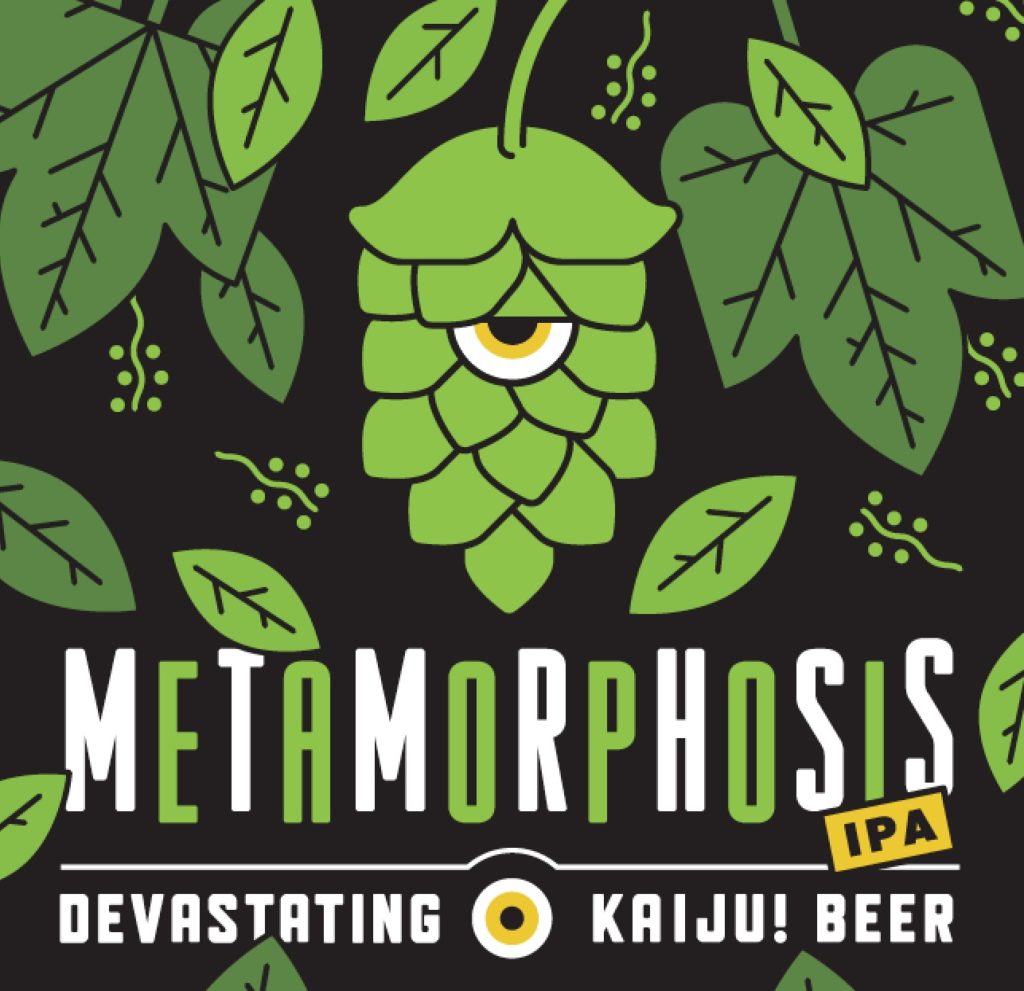 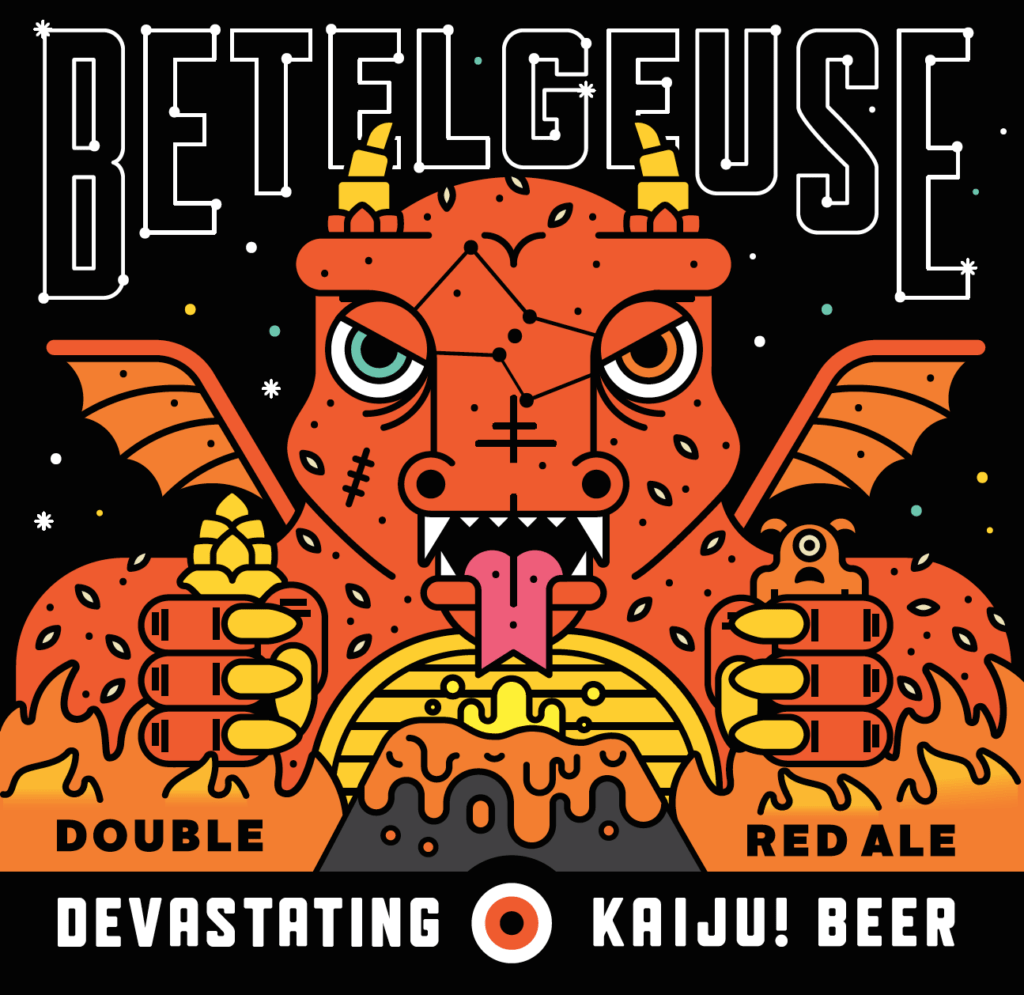 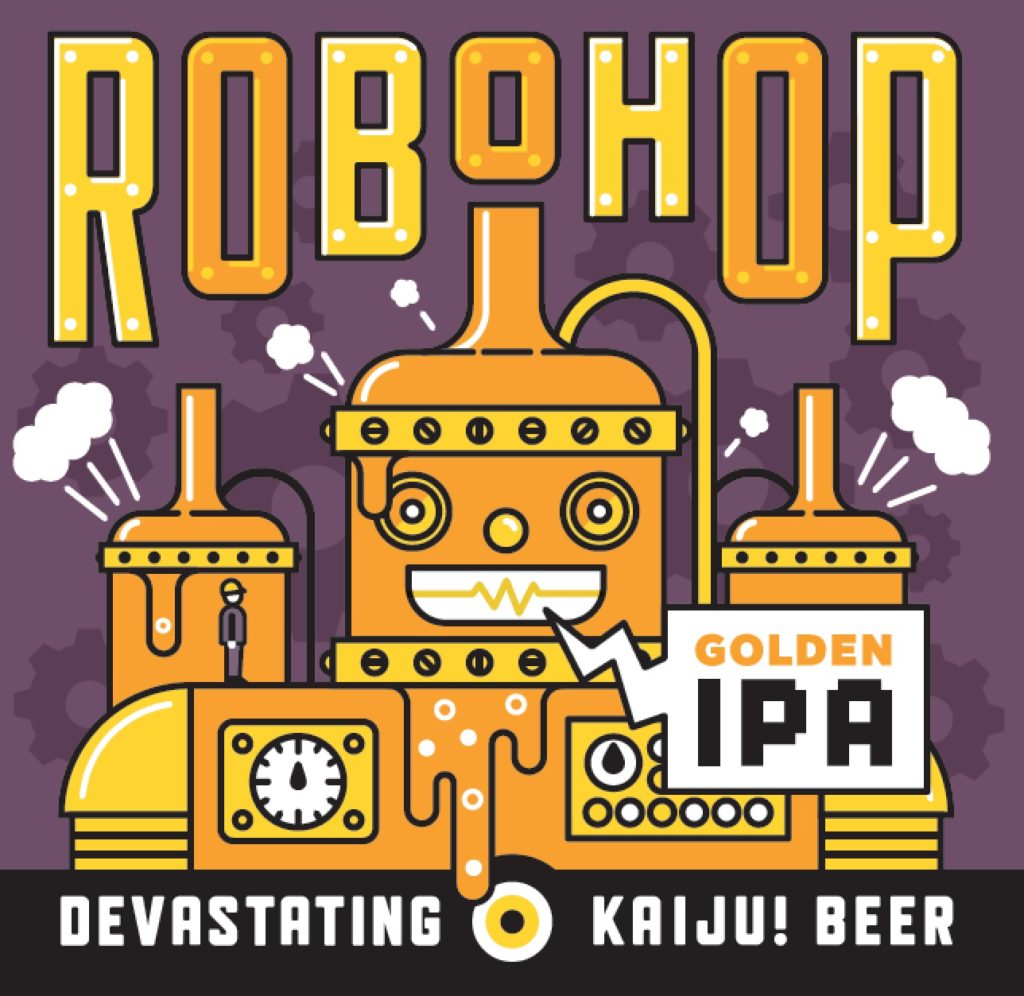 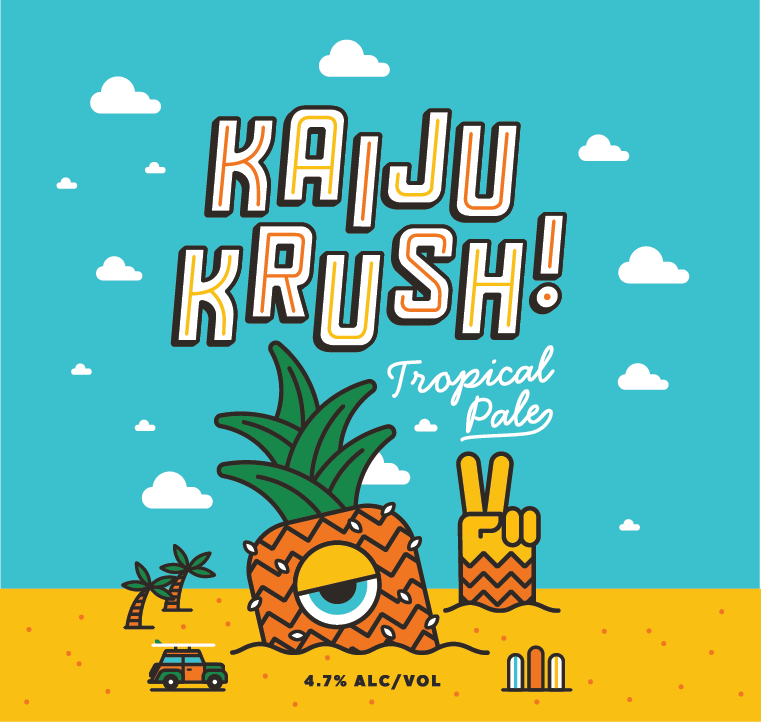 5. Are there any craft beer labels that you particularly admire?
Mikkeller – Keith Shore is based in Philly and he does all of the illustrations. The illustrations are fun, quirky and loose. A lot of fun characters. It has its own style and stands out next to a lot of other designs. It doesn’t take itself too seriously and the beer is outstanding.