It sounds like something that Gloria Jeans would have on their menu, but when the evil geniuses at Dainton Brewery have a brainwave, they go about perfecting it.

Pours a hazy muddy looking colour, not looking all that inviting but the aromatic off-white crema then fills your nasal cavity of coffee and praline.

I was oblivious to the taste initially, then it hit me – like a double shot in the morning, like one of those cappuccino chocolates that usually gets left behind in the box. What’s the best way to be guaranteed something? Go for the path less travelled! The combination of the coffee and chocolate mix amazingly well, and the addition of rye makes this beer to be rivalled amongst the best they’ve done in my opinion, not making it sickly sweet.

Make certain you buy 2 of them! It’s one of those beers that actually make you want to keep going for another. Damn it ! I’m out …..

“One large cappucino and a pint of Mocha Chocca please.” – one could wish thats the order when the wife says let’s go for coffee. 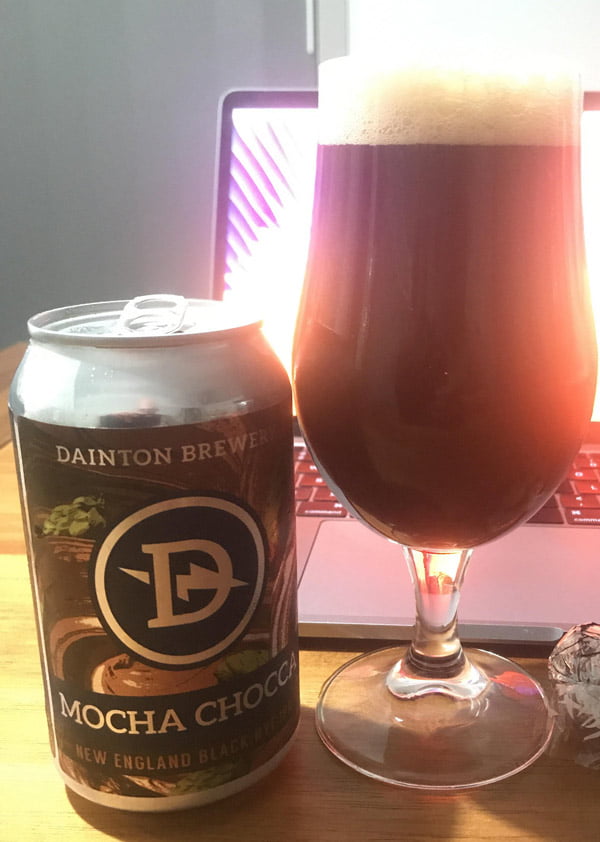