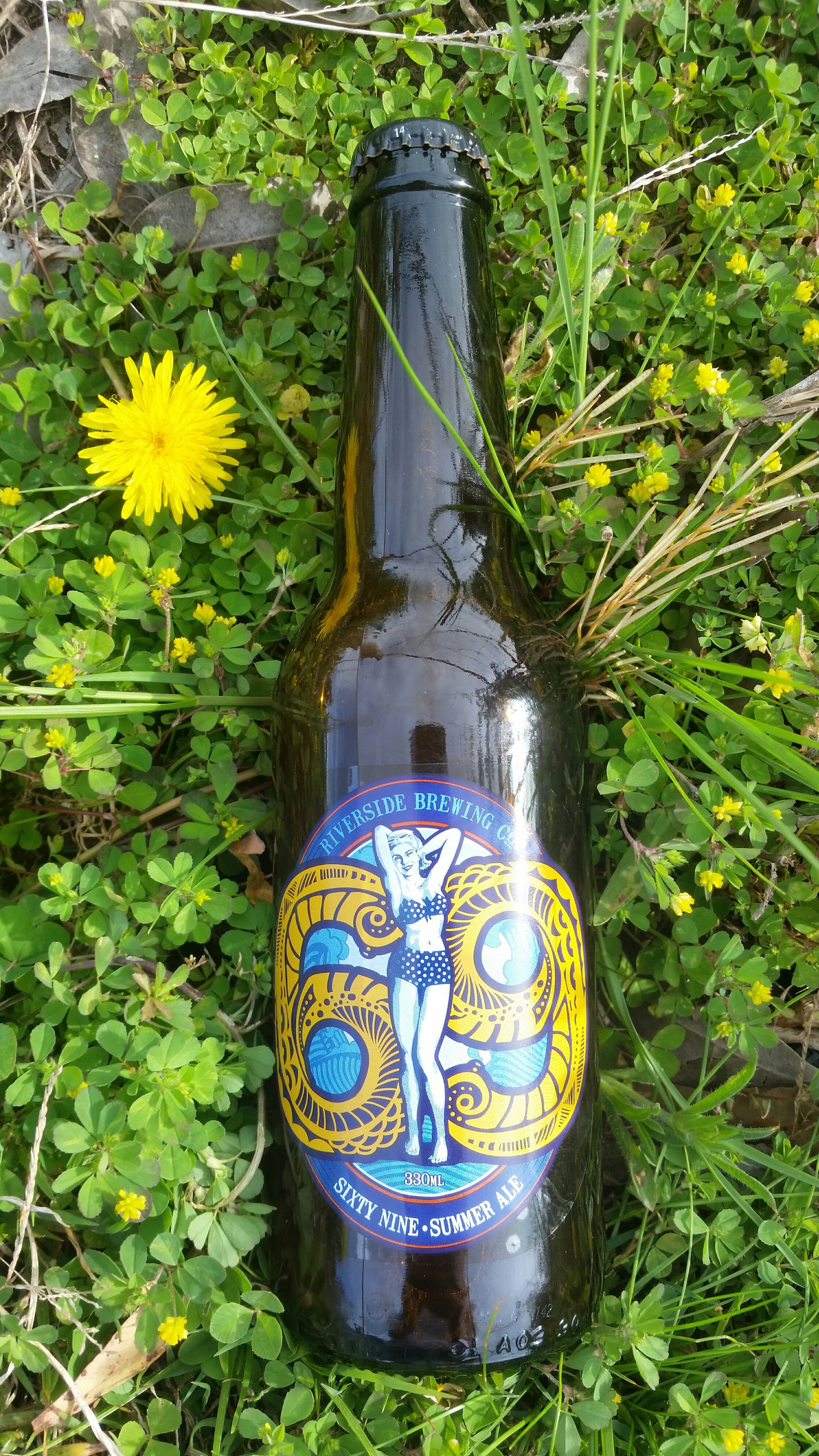 Riverside Brewing Co. happens to be our close neighbour – located only a hop, skip and a jump from our bottle shop. They have a variety of beers in their core range to please any beer swiller, including:

They also have the bigger brother to 77… the 777 Imperial IPA, Othello’s Curse Imperial Black IPA, Black Peril Imperial Stout and the most recent that I have seen – Hex XPA.

However today we focus on the 69 Summer Ale!

A bubbly and beautiful brew, which certainly captures the brightness of an Aussie summer. Bursting with passionfruit and citrus on the nose it will lure you in to take a nice big mouthful.

Here you’ll be met with a lightly malty beverage with just enough passionfruit/citrus hop characters to please a hop lover, but not so much to offend the newcomers to the craft beer world.

For those trying to coax their friends to the craft-side give this to them, if they already like Stone & Wood Pacific Ale this is a perfect next step, as Galaxy is the primary hop used in both beers.

All in all this is a brilliant little number from Parramatta, the perfect summer smasher, great for a day in the backyard around the BBQ or by the pool.