A difficult one to capture in the photo – is it red, or is it? As the light was fading for this knock-off Friday Frothy, what may at first seem like another easy classification as a black IPA gets mighty confused when you hold it up to the light because, yes, there’s redness there.

Pictured, with quite a shallow pour, as a tad late taking the photo due to sipping and trying to decide is it predominantly toffee or caramel on the taste buds? Reminiscent of old-fashioned toffee caramel lollies wrapped in foil, but in this case sealed in a tinnie!

Arguably String’s signature beer, the red colour comes from rich caramel and chocolate malts that provide a contrast against the creamy white head of the beer.

According to Six String Brewing Co, the recipe is based very loosely on the West Coast USA style Red Ale, tweaked and nudged. Hops dominate the aroma with a resiny, citrus aroma balanced sweetness to bitterness ratio. There is a little of the resin from the hops on the palate too.

A balanced and complex beer, to cozy up with during these bitterly cold winter days of June!

For those after a special offer, Six String Brewing Co’s Dark Red is included in The Beer Pledge mixed pack available here.

The chocolate malt flavours would be an interesting contrast with a simple pepporoni pizza or pork goulash. There really is no better comfort food than a hearty pot of goulash. With its malty rich flavours of paprika and you could add a splash of the beer in with the tender pork, to create a spicy stew – with this pairing you’d definitely be in for a hearty treat.

Let us know what you think! Share us your frothy review or foodie tip on insta tag us: @craft_cartel_liquor 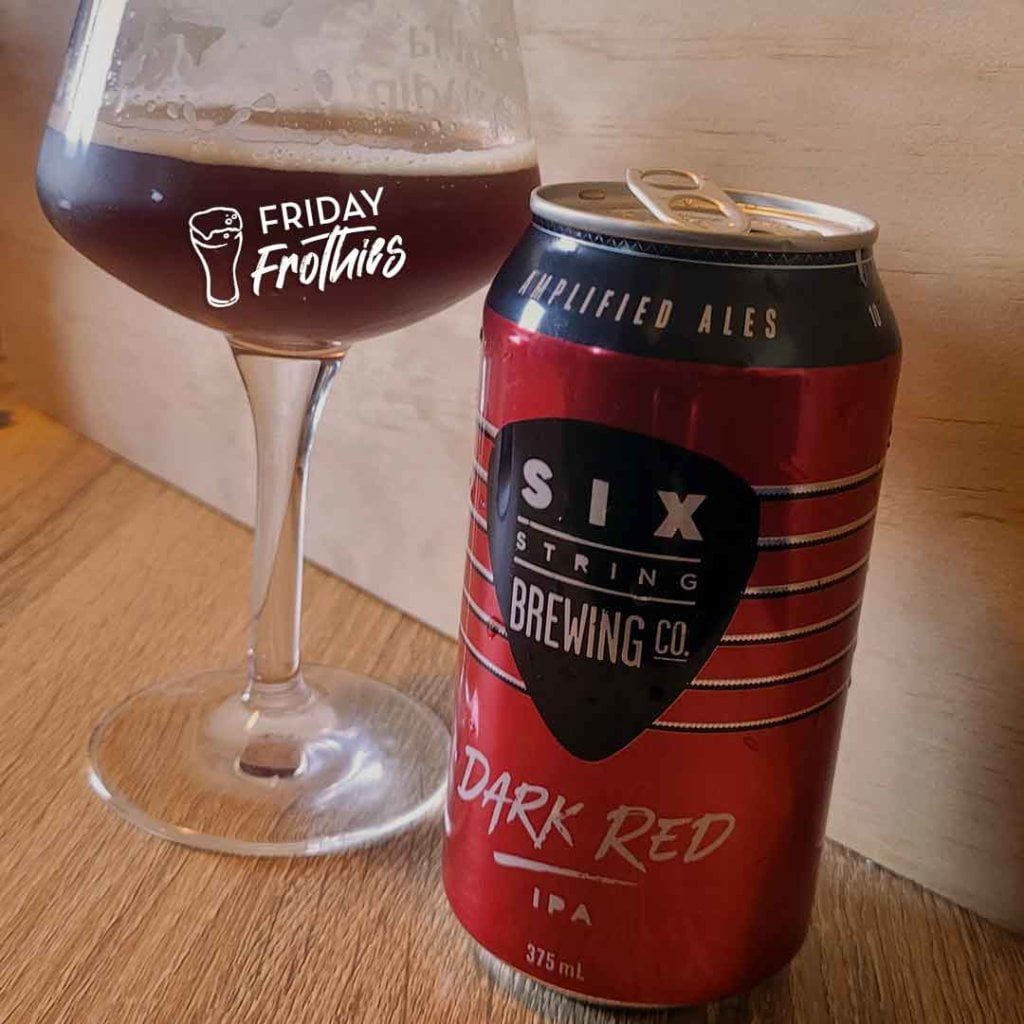