Stockade have recently been doing some collabs with Brazilian brewery Dadiva, the result is Stockade/Dadiva Two Bridges Session IPA. The brewers decided to build the beer around passionfruit, (a native fruit for the Brazilians) and what a result!

To start, I LOVE beers brewed with passionfruit, so I was pretty sure this was going to be right up my alley. I wasn’t disappointed. The first sip was met with a hit of passionfruit sweetness (not too overpowering), followed by a light bitterness (don’t expect too much as it’s incredibly light bodied). The finish was well rounded and left me cursing that I didn’t have more on hand.

I hear that they named the beer ‘Two Bridges’ in honour of the two famous bridges in the brewer’s home towns of Sao Paolo and Sydney. A nice touch. I look forward to more collabs from this lot! 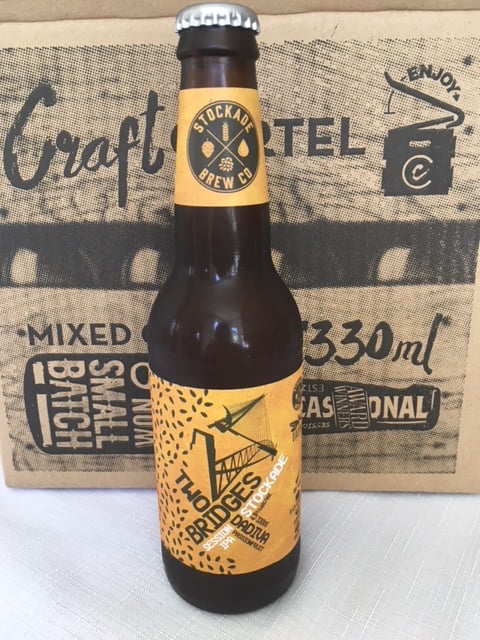