Two Birds co-founders Danielle Allen and Jayne Lewis have created another cracking brew (flashback to Brendan’s Passion Victim review – a beer which is now permanently stocked in my fridge at home). This time it’s a lager and is just as easily consumed as the latter.

Two Birds Trail Blazer Aussie Lager is a crisp, refreshing beer which I found perfect to drink on one of those random hot Autumn Sydney days. Buy hey, if I’m honest I really could drink it all year round. Perfectly balanced malt and hops were a stand out for me.

For you footy fans out there you may recognise the red, white and blue colours on the can, well the gals launched this beer in partnership with the Western Bulldogs – the women’s branch of the west’s AFL team. This first lager packaged by Two Birds will be available at AFLW and VFL games played at VU Whitten Oval during the 2018 season, and we’re lucky enough to have our hands on it too.

Two Birds is the first female owned Aussie brewing company and have created some of the most drinkable brews I have tasted of late. Who run the world? 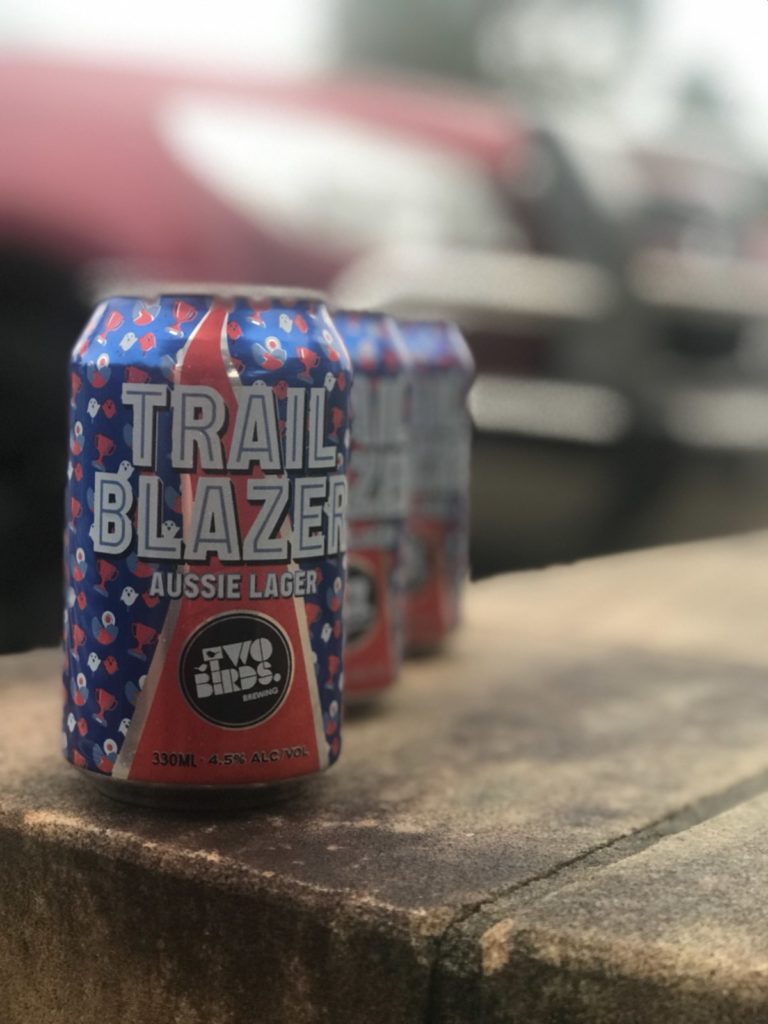