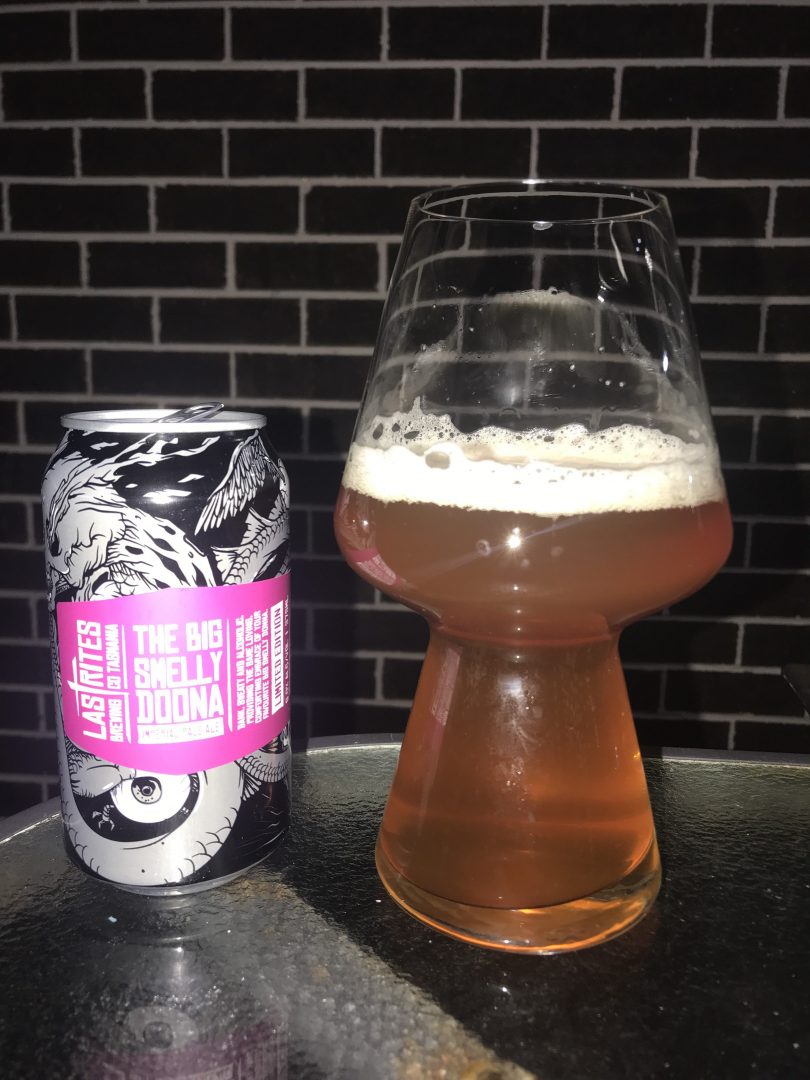 Last Rites Brewing have been putting out some pretty amazing beers of late, and once again this doesn’t disappoint. Labelled as an Imperial Pale Ale and sitting at a whopping 9% abv , I would be classifying this closer to a Double IPA.

Upon cracking the lid, you get that amazing waft of aromas. Pouring into my glass, I could anticipate the dankness that was to come. A delicate fruity nose and a hint of pine is what awaits you as you start to salivate. Then the first sip – aaahhh, savouring the resinous hoppy flavour with a touch of caramel.

Just like those YouTube videos of jump scares, you know it’s coming but don’t know when, the alcohol in this beer is just like that. Take your time and savour each sip.