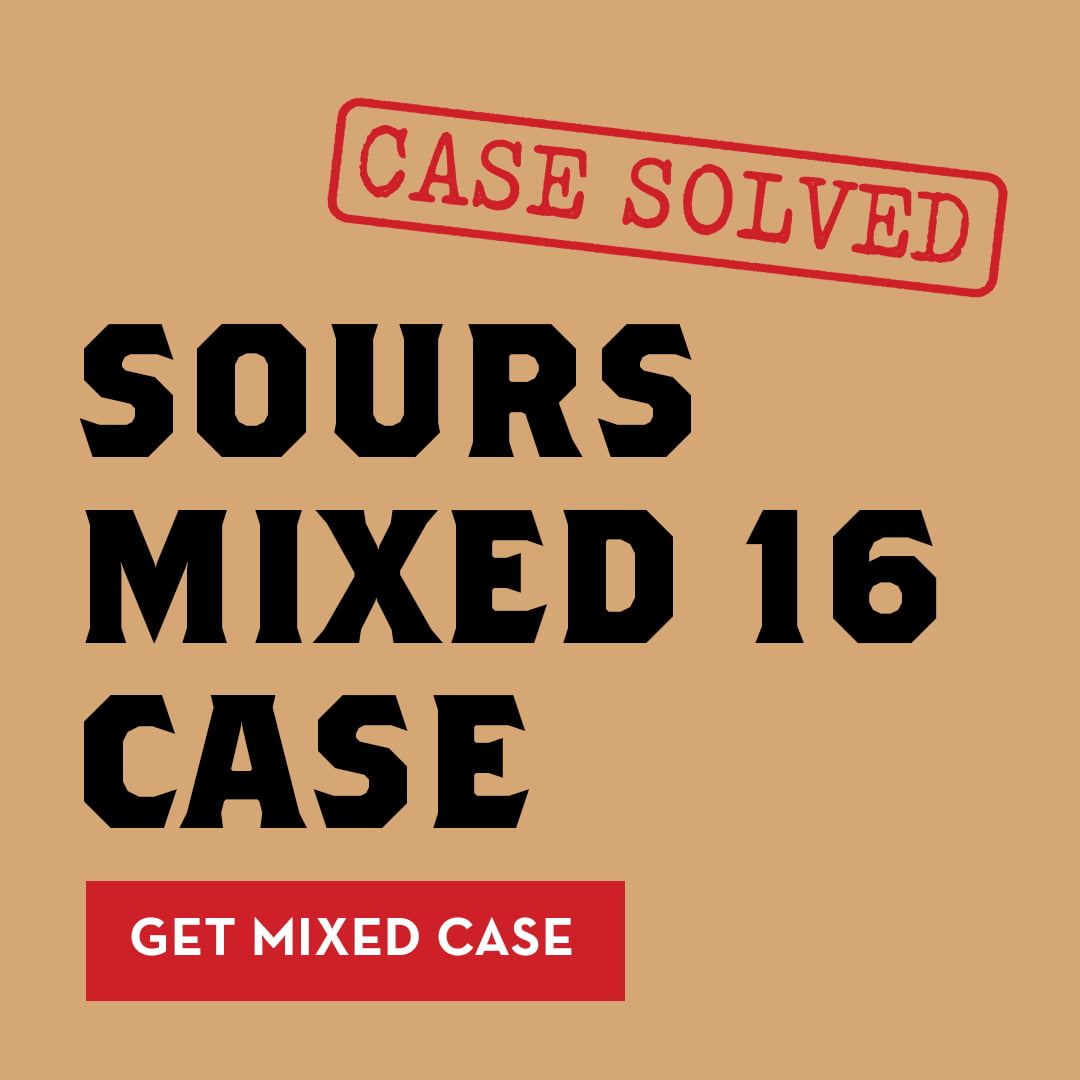 The black sheep of the craft beer world comes in the form of the sour beer. Causing much polarisation in the craft beer community, a sour beer is quite a change from your more popular IPAS, stouts and lagers, with its tarty taste and earthy quality. Made from wild yeasts and bacteria, sour beers are either loved or hated by beer drinkers.

What is a sour beer?

Sour beer is the oldest of all beer in history. Before a clear understanding of pasteurisation and sterilisation, the beer brewing process made beer that was sour to some extent, although today’s sours are much more purposeful and tart-tasting. Coming in a range of styles from Sour IPA’s to the mouth-puckering Kettle Soured beer, these beers have a wide range of flavours, aromas and alcohol contents.

Sour beer vs all the others

Sour beers get their distinct taste from bacteria, with wild yeasts adding an earthy and very unconventional taste. Sour craft beers that are on the market today are dominated by two main types of bacteria, and one strain of wild yeast.

Lactobacillus and Pediococcus are the two bacterias needed for the funky flavouring of sours. Lactobacillus turns sugars into lactic acid, the very same acid that makes you sore after exercise and your after-exercise yogurt somewhat sour too. Pediococcus on the other hand, while in the same family as lactobacillus, can metabolise without any oxygen, creating a longer-lasting acidity in sour beer. This bacteria is most commonly used in Belgian beers to increase acidity.

The wild yeast is called Brettanomyces, but lovingly nicknamed by the sour community as “Brett”. Unlike other yeasts that are used to make ales or lagers, Brett has a bad reputation for wrecking beer. Brett can add the very worst kinds of flavours and aromatics (think excrement or hospital) but it can also be the best for a balance of earthiness to the bacteria’s acidity.

Do sour beers have gluten in them?

A common question asked is whether sour beers have gluten in them. While there is much discussion of the quality of yeast and bacteria contained in sour as it is so different from other beers, some sours are still considered a wheat beer as they contain levels of wheat for balance and body. Overall, brewing companies do not often advertise their sours as gluten-free as there are so many ingredients, such as barleys, wheats, yeasts, that can be seen as dangerous to someone with a gluten-intolerance or allergy.

Lambic: A Lambic beer is made with spontaneous fermentation, creating a light, tart flavour. Heralding from Belgian, this wheat beer is traditionally brewed in the wintertime, aged for a full year and often mixed with cherry and raspberry. The process for this sours creation means the unfermented beer is left in the open air, allowing for wild yeasts and microorganisms to get into the beer.

Flanders: Another Belgian beer, only this time the sour is fermented in large oak barrels. Flanders is a sour ale, and has an unusual mix of both acidity and sweet fruits and vanilla taste. Flanders can either be red or brown. A typical tasting red Flanders is more fruit flavoured, while a brown Flanders has more notes of earthiness, raisins and plums adding to its fruity quality.

Gose: Gose is a German sour beer that is made with coriander and sea salt. It has a range of flavours, but there is always a great balance between the salty, coriander taste and the traditional sourness. Gose is also popular in American breweries along with its classic German heritage.

Sour IPA: A sour IPA is a hybrid beer, with a mixed-fermentation process from sour beer and IPA style beers. Popularised by American breweries, the Sour IPA is a fruited sour, with low levels of bitterness and a creamier body than most sours.

Berliner Weisse: The final style of sour beer is the Berliner Weisse. A German wheat beer originating in northern Germany, and specifically in the Berlin region, this sour beer has a low alcohol content and a high level of carbonation. The Berliner Weisse is more subtle in flavour, with a citrus tart taste coming primarily from the lactobacillus bacteria.