For a while I would go to the bottle shop before a party and grab a bottle of lemonade and the cheapest bottle of vodka I could find. I’d pour out a third of the lemonade, fill it with the vodka, and I’d be ready for another typical Friday night. At some point through all that someone told me to try a vodka because it “tasted really good” and my world expanded like crazy. Spirits were being used for more than simply an alcohol percentage.

Of course then I was 18 and had no idea about anything, but that’s absolutely not what spirits are about.

The industrialisation of liquor means that mass-produced distilleries churn out an insane amount of product as fast as it can, and as much as it can to fill up stores around the world. And whilst these have their place, it opened up the need for more local, artisanal distilleries to emerge in response to that. We saw the rise of the craft spirits world.

The term “craft” has an abundance of different definitions, but nothing set in stone that all people hold as consensus. And that’s not because people are stubborn, it’s because it truly is difficult to define. It’s usually small distilleries, but not always. It’s usually about the amount of the spirit produced, but not always. 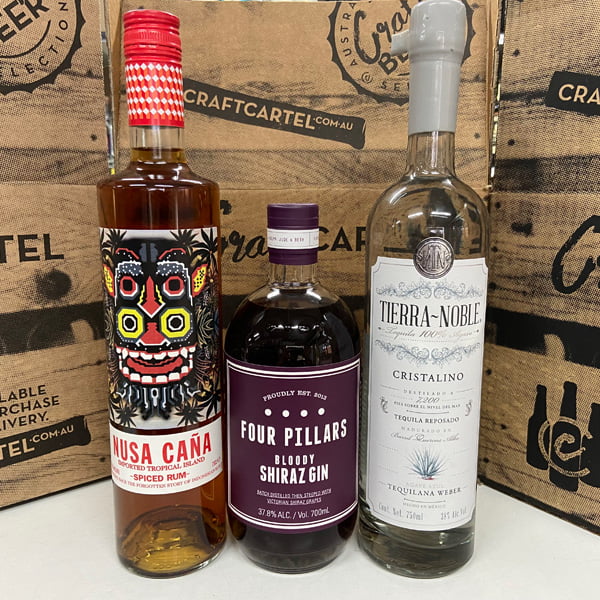 There’s even a distinct difference between craft beer and craft spirits. Where craft beer came out started creating all new kinds of distinct and different styles of beer, i.e. NEIPA’s, Hazy IPA’s, Sours etc. Craft Distilleries on the other hand had a different issue to deal with. The industrial distilleries were already releasing some great spirits, so craft distillers had to simply focus on perfecting their spirit and adding new and innovative flavours to that.

Generally, however, what separates it from more mass-produced distilleries is a focus on flavour over speedy production.

Think of the craft spirit industry as the farmers market of liquor. It’s more often than not, local, personal, delicious, innovative, and it’s clear that lots of care has gone into it. Of course, the idea of a literal farmers market of Small batch breweries pushing their craft gins, whiskies, vodka, rum and anything else they want to sell does sound lovely, but if you get yourself a solid enough collection it can feel like that in your own home. 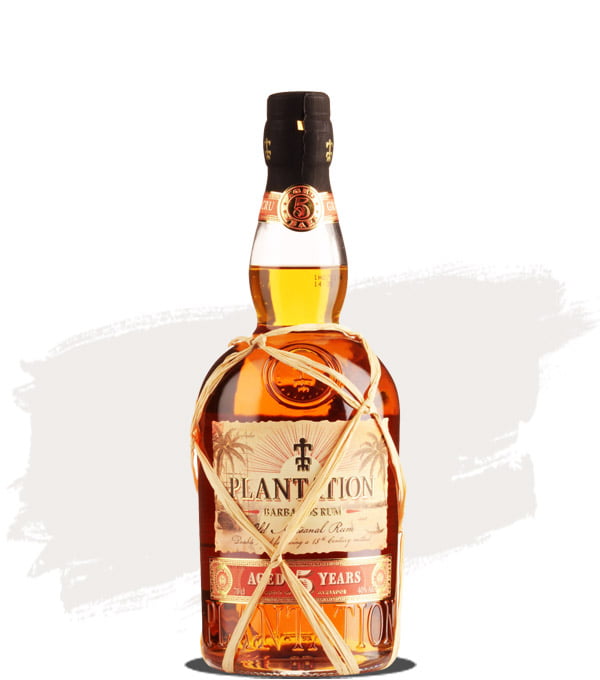 Plantation 5yr Barbados Rum
American oak barrels play host to this rum where it ages for three to four years. Next a woody and nutmeg palette is drawn out in Ferrand French oak casks as the rum continues to mature for one to two years. The result is a subtle and tropical Barbadian style rum, excellent for aperitifs or classic cocktails like the Mai Tai. The opening nosing round is all about baking shop fragrances, but also pipe tobacco, toasted marshmallow; secondary whiffs after further aeration discover bacon fat, black raisin, prune. Entry is bittersweet, roasted; midpalate is engagingly toasty, nearly fruity, as in baked orchard fruits, and resiny. Finishes medium long, chocolaty. 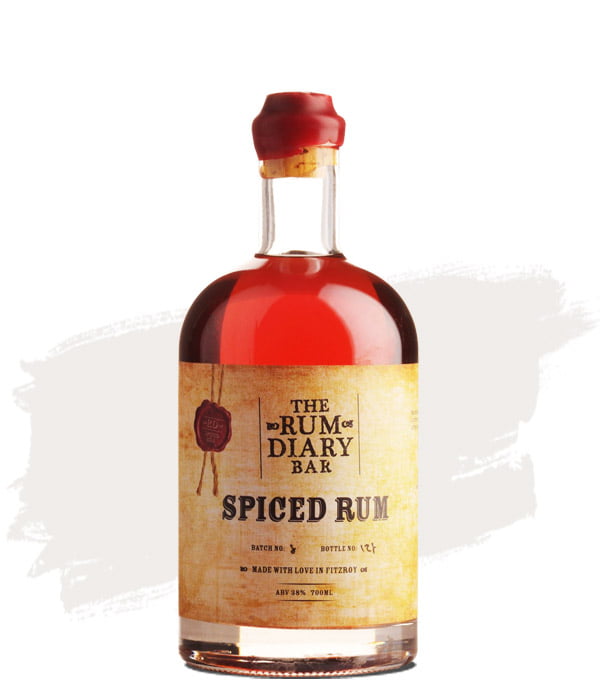 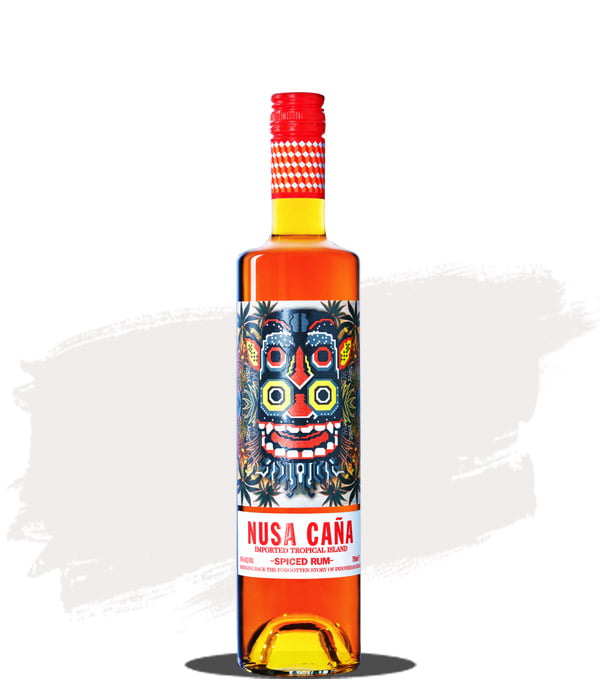 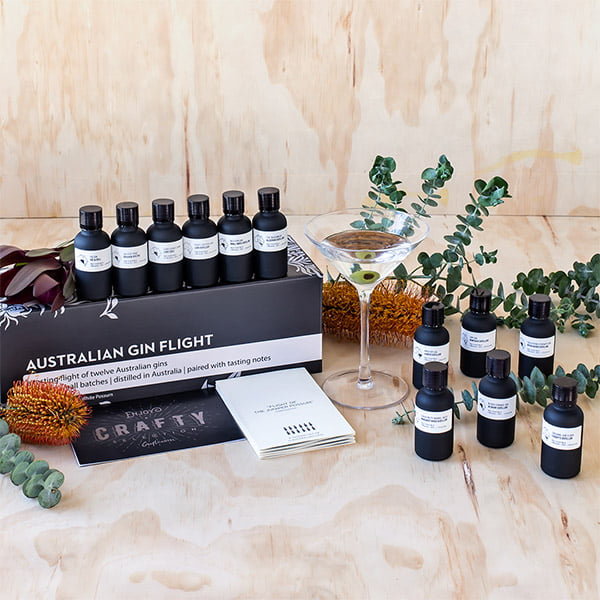 This Australian Gin Tasting Set features gins from NSW, VIC, TAS, SA, WA and the ACT. Each is the result of tireless experimentation by a local distiller, and we’re proud to present each one of them in this tasting flight. This beautiful set comes with a tasting booklet with detailed information about each gin, a profile on the distilleries and interesting facts about gin in Australia. 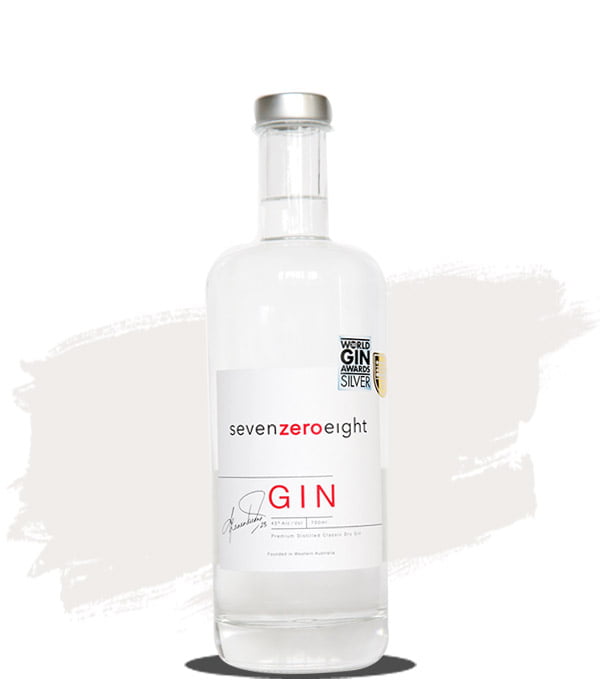 Shane Warne 708 Gin
SevenZeroEight Gin is a premium classic dry gin (43% ABV) produced using a modern distilling technique to ensure maximum extraction of flavours from the botanicals. The balanced botanicals stand-alone and are perfect in a straight up martini, as well as, a smooth blend in any classic cocktail. 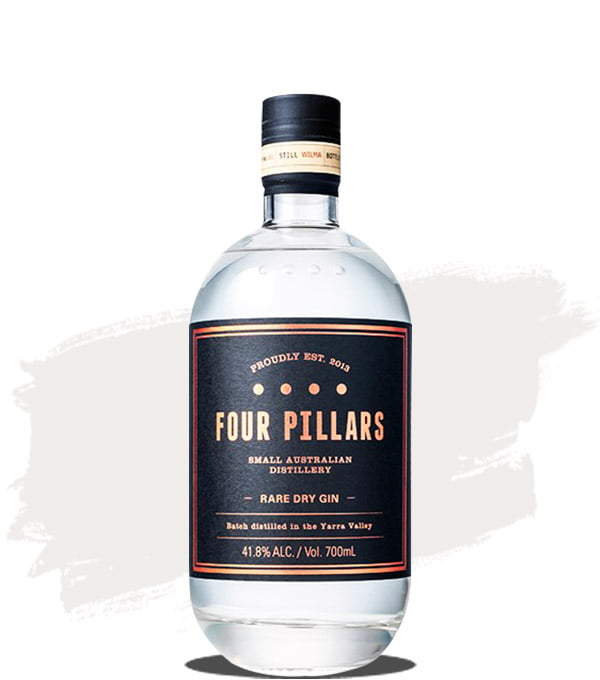 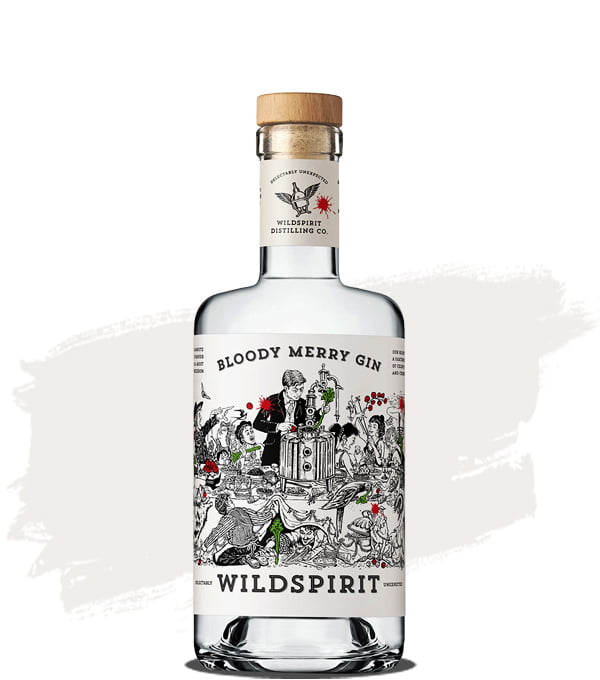 Wildspirit Bloody Merry Gin
Bloody Marys – they’re the cocktail that makes drinking before noon perfectly acceptable and are pretty much the hangover cure to end all hangover cures. But what if we told you it would taste just as good if you swapped the vodka for gin? Yeah, we’ll need some convincing too. Using infusions of fresh tomato and celery alongside botanicals to create a delicious, bright spirit unlike any other, it’s delectably unexpected. 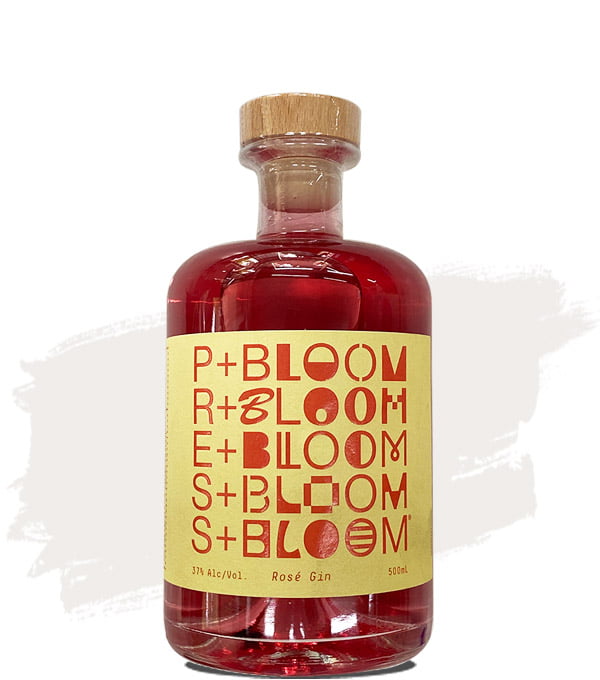 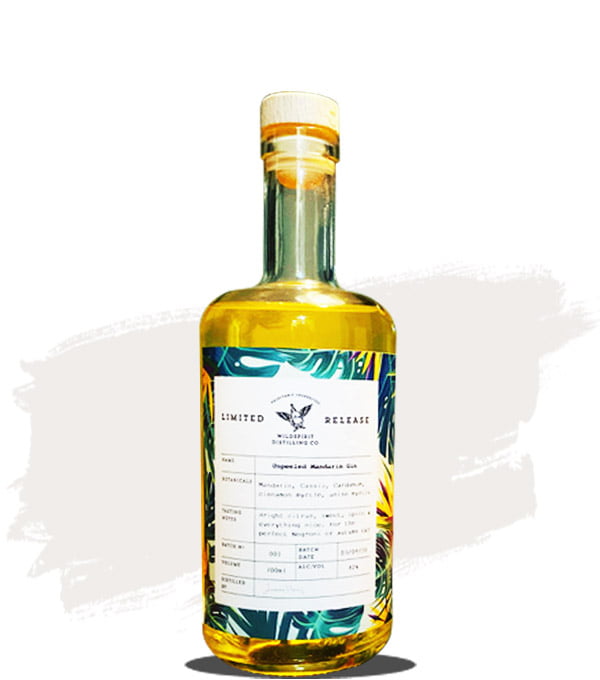 Wildspirit Unpeeled Mandarin Gin
Bright citrus, sweet, spice and everything nice. This gin is a real crowd pleaser, using fresh mandarin peel, native anise and cinnamon myrtle.  As you sip the gin you’ll find the mandarin playing a part, with a gentle, sweet citrus. This is balanced by warm cinnamon spice, juniper, cardamom and liquorice. The gin has a lovely creamy mouthfeel and a long spicy, citrus finish. Unpeeled Mandarin Gin is a super autumn gin, balancing warmth and spice with citrus to carry you through the change in seasons. 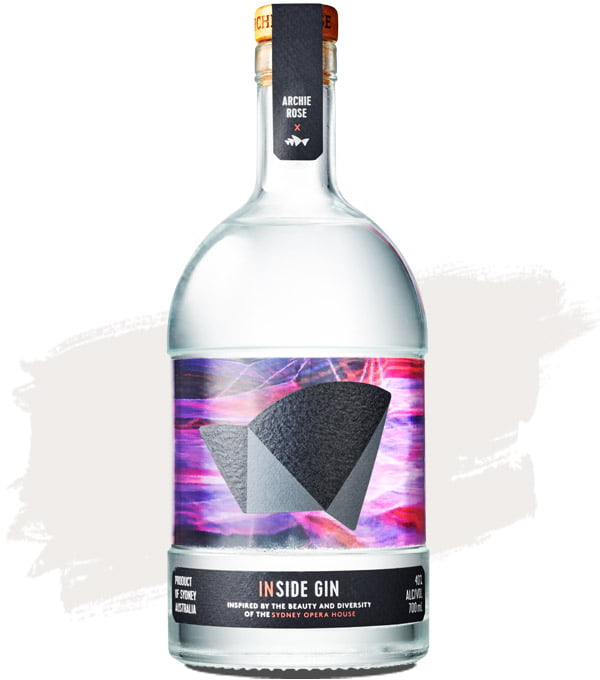 Four Pillars Bloody Shiraz Gin
2019 was a terrific season for Victorian cool climate Shiraz. And that has given Four Pillars another belter of a Bloody Shiraz Gin vintage. After a good spring rain, summer brought serious heat resulting in more dominant dark fruit notes than 2018 – tons of delicious plum and blackberry.

Straight up you’ve got those pine forest notes, white pepper and spices, and the gin is beautifully balanced with a delicious sweetness and nice tannins to finish. Drink it young and fresh with red berry and spice characters, or enjoy it as it develops. Try it simply with lemon tonic, or mix it in these delicious pink drinks. 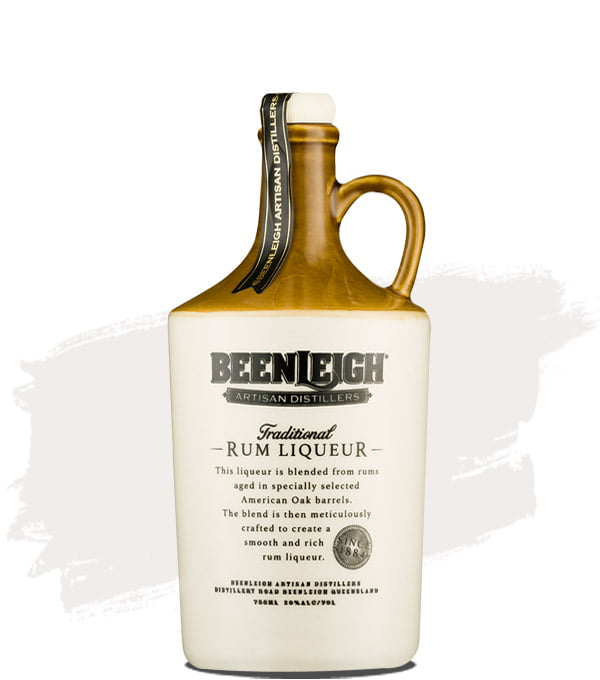