Confused by the world of craft beer or just the beer world in general? We were all in that situation once, sitting around the pubs after uni with a group of people who seemed to speak a different language to us?

Who is this wild Brett fella and why is he hopping in beer all the time? And why does everyone have worts and yeast, don’t you go to the doctors for that?

Well we are here to unravel some of the mysteries that surround craft beer and maybe make it a bit easier when deciding which beer to buy for yourself or your mates.

What is a craft beer?

Firstly what is a craft beer? Well, this open-ended question has been hotly debated amongst beer experts since the term first emerged around the 1970’s, with many people claiming their definition is correct. We’ll outline the gist and you can decide on your own stance for the next round of debates.

Basically, a craft brewery or microbrewery is a brewery that produces small batches of beer. However the term “small batch” is very ambiguous, with this number being defined in America as 6 million barrels per year. This number has changed from 2 million back in 2011 and 15000 back in the 1980’s. Compare this to Australia’s largest independent brewery, Coopers, who at full capacity can only produce 1/5th of this number. That’s a lot of beer! 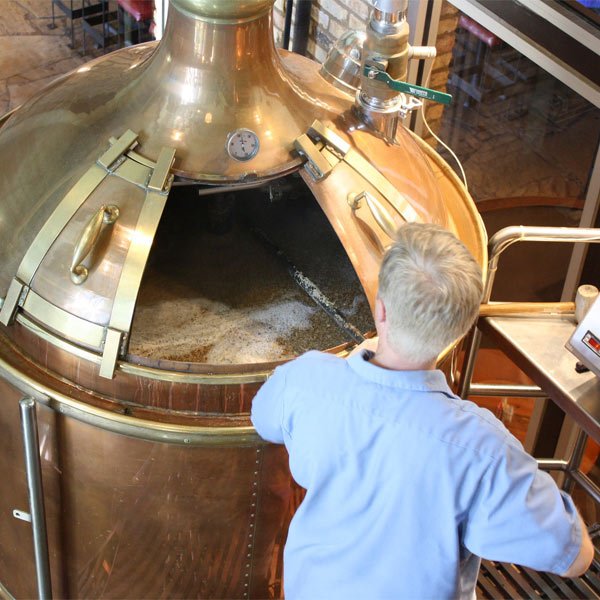 Secondly, some insist on the brewery being independently owned. But as we’ve seen, big beer names are buying up craft breweries. If they keep operating in the same manner, is it still a craft beer? The point that most people can agree on is that the beer generally has emphasis on quality, flavour and brewing techniques.

Unlike typical large-scale fully-automated breweries, people feel craft beer should be a labour of love. Literally. With all stages of production being handled by the craft brewer himself and not the machines. They believe it should be a personal thing, where the beer has a name to it. But we’ll leave that up to you to debate.

There are two terms that you will hear a lot, ‘malt’ and ‘hops’. But what exactly do they mean? Well the basic ingredients of beer are:

Although wheat is sometimes used as the starch in beer production, barley is the preferred grain. However, barley isn’t able to ferment on its own, so is converted to malted barley or malt. The process involves soaking the barley and allowing it to germinate, then stopped by a heating process, which we will talk about more below. The hops that are added are the flowers from the hop plant. They produce bitterness as well as citrusy and floral aromas. So in short, more hops, means more bitter yet fruity beers.

Now with some basic discussion points under your belt, how about we help you order a beer?
There is nothing worse than scrolling through pages of craft beer, looking for the perfect gift but no idea where to begin. Take away all the cool names and labels and there are your basic styles of beers, or taste of beer. Start with finding which type of beer you or your mate likes and take it from there!

Types of craft beer
The most popular style of beer is ale. Originating back to 800BC in Germany, this nutritious form of hydration was enjoyed by all ages and was often safer to drink than water. Fast-forward a few thousand years and the modern ale builds up the backbone for many craft beers, now boasting a range of sub styles due to its diverse range of flavours.

Pale ale is the most consumed craft beer by Australian beer enthusiasts, gaining its name from its pale colour. Originally the pale colour was due to the barley roasting technique or malting, whereby coke (a form of coal) was used instead of wood, resulting in a less scorched roast and golden colour. Now lightly roasted barley malt will result in a light beer, whereas heavily roasted barley malt will result in your dark or black beers. Pale ales are usually lightly hopped and are not bitter.

Amber Ale gets its name from the colour and clever combination of ingredients – it’s not a dark ale, nor a pale ale – so it must be amber ale. Amber ales are produced by adding amber or crystal malts to the pale ale, resulting in a caramel toffee flavour.

Another label you come across increasingly often is IPA or India Pale Ale. Originally an 18th century English export to India, the beer had extra hops and alcohol added to help preserve it on the long journey. This resulted in a unique bitter flavour with citrus and floral undertones making it the perfect refreshment in hotter climates, just like Australia. The term double IPA, literally refers to double the amount of hops, resulting in a strong ale with a very hoppy flavour as well as higher alcohol content, usually upwards of 7%.

Brown ales are the original ale, as all beer gained a dark colour from the wood fired malting process. As pale ales began to emerge, dark ales became the drink of the working class while pale ales were a status symbol enjoyed by British high society. Modern day brown ales are produced by adding a variety of dark specialty malts to create a rich nutty flavour. US style brown ales are the most common style in Australia, with most breweries offering at least one variety.

Wheat ales, wheat beers or weiss (white) beers, date back to the origins of beer, brewed in Germany by substituting barley with wheat. Wheat beers are typically light coloured but cloudy, higher in protein and have a mild tartness to them.

Porters and stouts originated in Britain around the late 17th or early 18th century. Like much of history, the tales of the origin are blurred between fact and fiction, but a common story is porters originated in London, using a mixture of ales to offer a robust affordable beverage to the local hard working porters. Modern Porters are a dark, malt assertive and well-hopped beer offering complex, rich flavours of chocolate, nuts, caramel and sometimes a soft smokiness, while usually offering lower alcohol content. Double porter or stout porter, refers to a stronger porter blend. Commonly referred to simply as Stout, this beer was made famous around the world by Guinness, an Irish stout. You then move into your double stout or Russian imperial stout, which was brewed in London in the 18th century for export to the Royals of Russia. An extra strong dark beer, I guess designed to compete with their vodka?

Enough about ales, what about the lagers?

According to the Brewers Association, there are over 80 official styles of ale, but ok yes that’s enough for today.

Moving onto another style of beer altogether, lager, which comprises most commercial beer. Ales and lagers differ in two fundamental ways, firstly, lager is brewed using lager yeast, which prefers cold temperatures and ferments at the bottom of a tank, while ales use ale yeast, which prefers warm temperatures and sits at the top of the tank. The word lager originates from the German word, lagerbier, which refers to the southern German style of brewing, which produces a light crisp tasting beer. Like ales, lagers have a variety of sub styles.

A pale lager or pilsner was developed after the techniques used to produce pale ale back in England were brought to Germany in the 19th century. Pilsners tend to be dryer with hoppy scents.

Meanwhile dark lagers include dunkel and schwarzbiers, and are produced using special Munich malts that give the beer the dark to black appearance and chocolaty and liquorice flavours.

Jump to the 19th century and the development of American beers. The popularity of pale lagers carried over to the US, along with its many beer drinking German migrants. Now the most commonly brewed beer, it’s typically light and crisp with a neutral taste.

Now you are a master of beer styles and the craft beer world is your oyster!

Why not kick off your journey with one of our mixed craft beer packs?

Some popular options are our Top 10 Tinnies or our Classic Craft Beer Box. Or why not join our Beer Club and get unique craft beers delivered to you monthly or quarterly!

Tune in next month for part two, “Craft beer and brewing terms”, to really consolidate your lingo and finally find out who this Brett fella is. 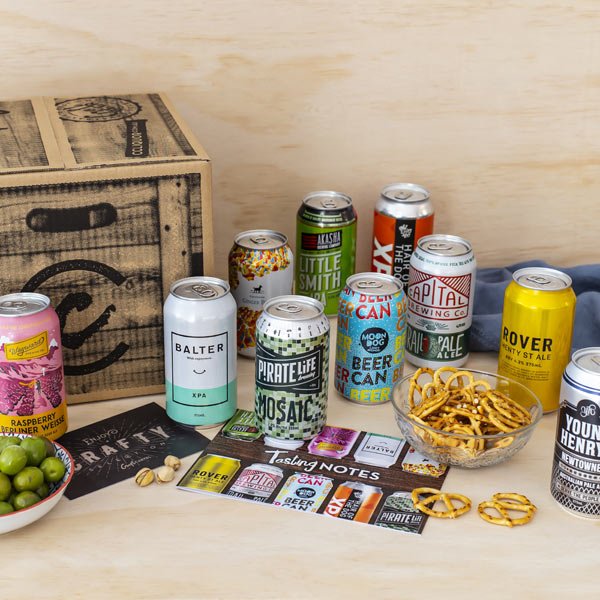 The good old tinnie holds a special place in Australian culture and it’s making a comeback with craft brewers around the country embracing this much-loved retro vessel. Airtight and light resistant, tinnies maintain the awesome flavour of beer and nothing beats the sweet sound of cracking open a cold one. Here 10 of the best have been bundled up just for you! 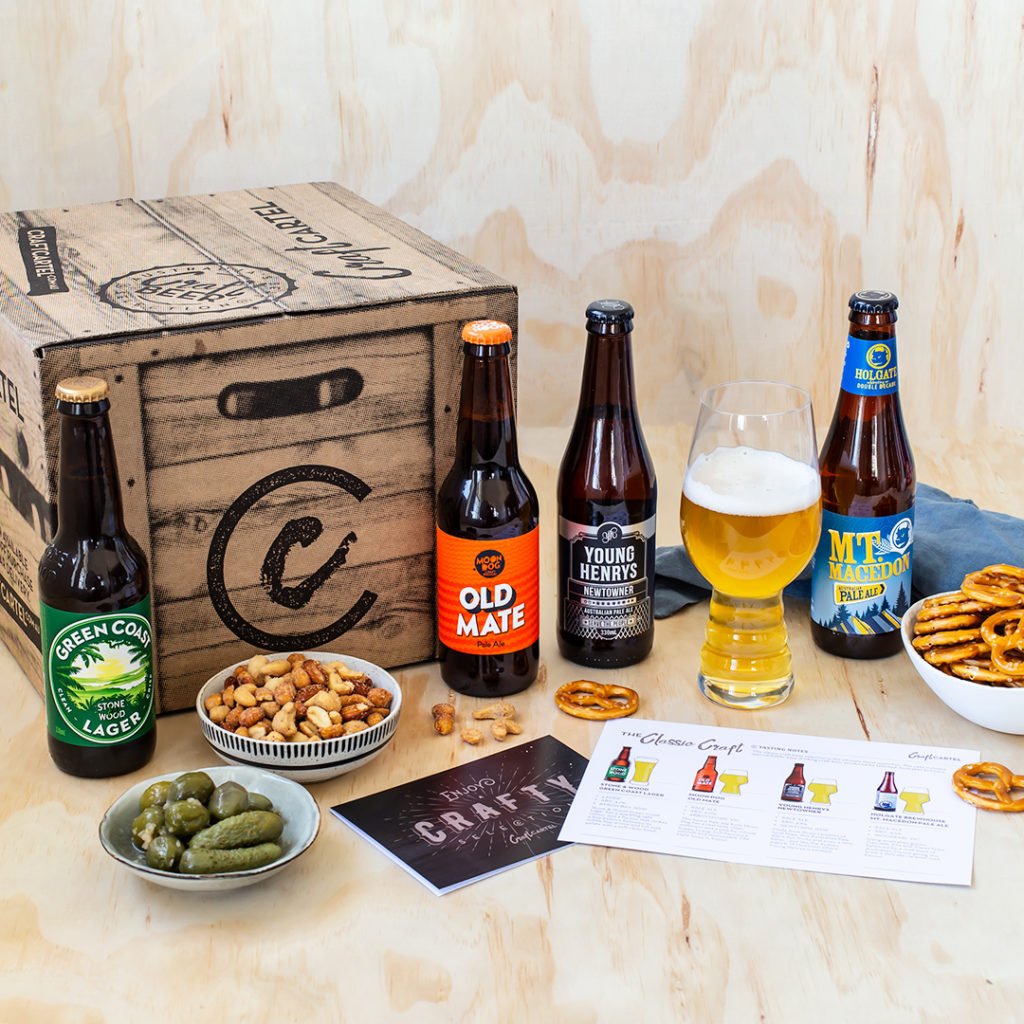 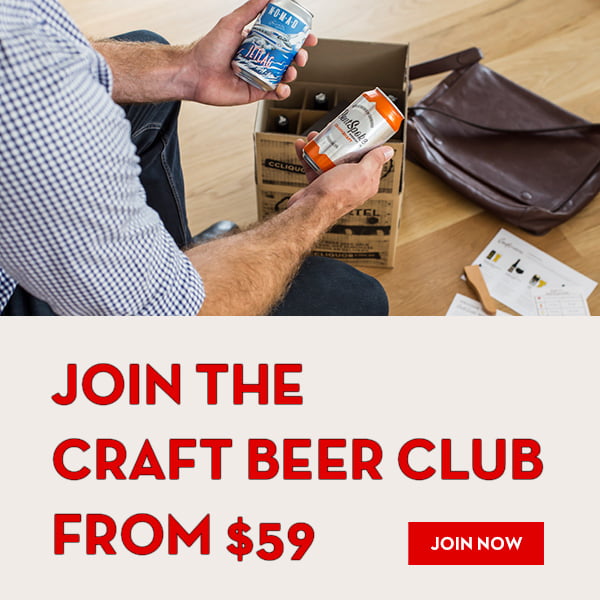 With Over 700 Australian Craft Breweries Releasing More Seasonal And One-Off Specials Than Ever Before, Where Do You Start?

Why not join our Craft Beer Club and let us do the hunting for you. We sample hundreds of craft beers throughout the year and deliver our favourites to your door. We deliver our hand-selected craft beer subscriptions to every major city in Australia, from Melbourne to Sydney, Brisbane and everywhere between.