Order online and fill your fridge with these fine beers!

South West Sour Watermelon & Raspberry is a fruity and refreshing twist on Colonial’s much loved South West Sour. Partially fermented with an acidifying bacteria in the brewhouse before undergoing a second fermentation with ale yeast, this is a modern sour style for modern palates. The addition of real Watermelon and Raspberries strikes the delicate balance between sweet and sessionable. Pouring a beautiful rose gold colour, this ale bursts with the flavours of Summer that will satisfy your thirst and be deliciously refreshing.

One of the first breweries to open on Western Australia’s wild coastline, the Colonial Brewing Co tapped its first keg in 2004. It was the first step in an incredible journey, and guided by some of Australia’s most talented and passionate brewers.

Live on the East Coast and can’t get over to WA to experience Colonial’s Brewery? Don’t fear! They also have a secondary brewery in Port Melbourne, VIC!

Many sours are barrel aged, or more classic like a Berliner Weise/Gose but we wanted to create a more modern sour style for modern craft beer palates. We crafted it along the loose lines of a golden ale in terms of hoppiness, but the refreshing acidity of classic sour styles. 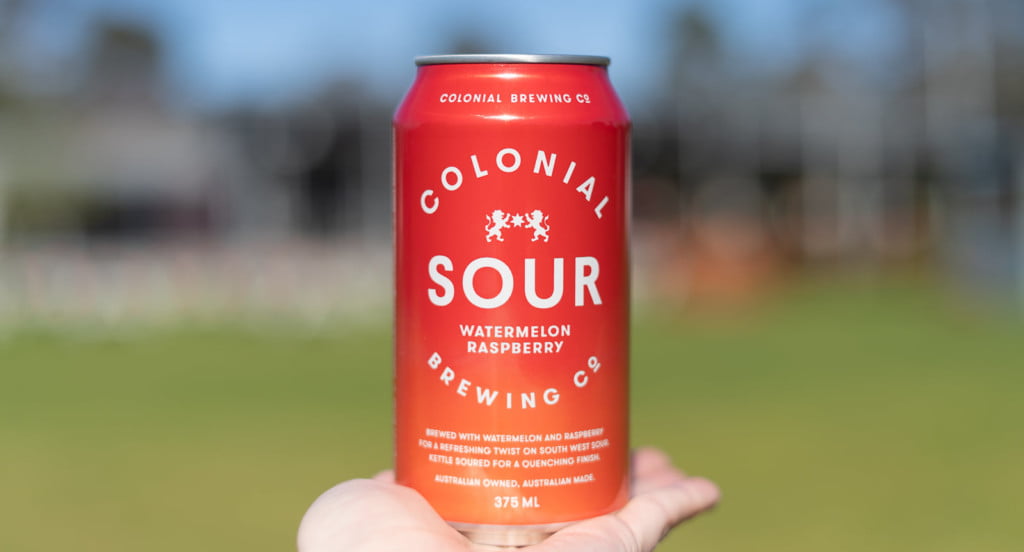