Beer with the Brewery — Ryan Davidson 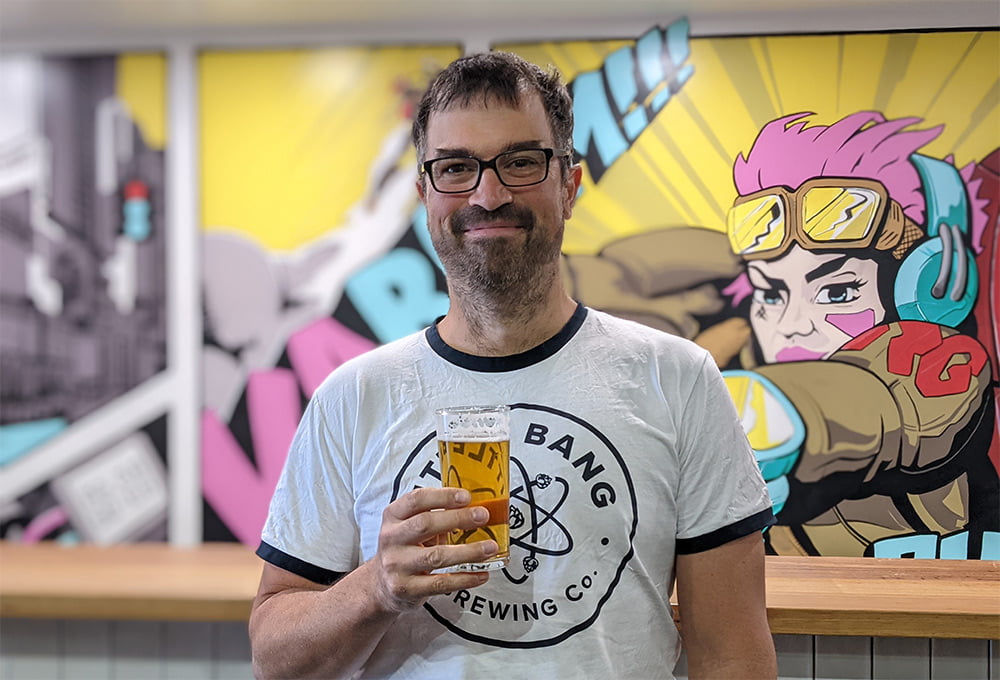 We sat down for a beer with Ryan Davidson, co-founder of Little Bang Brewery Co —a truly independent craft brewery making a buzz in the industry—check out the exclusive interview:

1. Tell us, why is the brewery called Little Bang?

We went through every two-word combination in the English language with the words Brewing Company after it, and we hated this one the least. Also it was Kerri’s nickname for Fil and Ryan “doing beer science” in Fil’s garage.

2. The past few years has seen a shift in consumer demand, favouring local producers, a higher quality product and the emergence of the low and no alcohol space. Where do you see the craft beer industry heading next?

No one knows for sure, and those who claim to are selling something. The craft beer market moves so fast because it is a reflection of the interests of engaged consumers who are genuinely interested in trying new things. It’s a terrific place to play, but it is very difficult to predict. We love variety, we want to do everything, we have our favourites but we will certainly put our own spin on anything.

3. We’ve been loving the Little Bang range because there’s such great examples of so many different styles. For those unlucky enough not have sampled a Little Bang beer before, where should they start!?

Little Banger then East End Draught then Icon then Beard Fiction then The Pinkening then Geezer Pleaser then Schwangberry then Zero Kelvin then Mango SNEIPA then Zingibeer then Undercover Fashion Police then May Contain Traces of Panther then Lychee SeltzR then The Naked Objector then The Perfect Pale then Scratchy Vinyl then Face Inverter then Happyland then The Brown Falcon then Inside Voice then Road Tripper then Breakfast at Stepney then Colorado Weed Money then Ira then Dark Arts then Sol Era then Happy Apples then Galactopus then Sludgebeast then have a little nap, then wake up and have a Spacer. 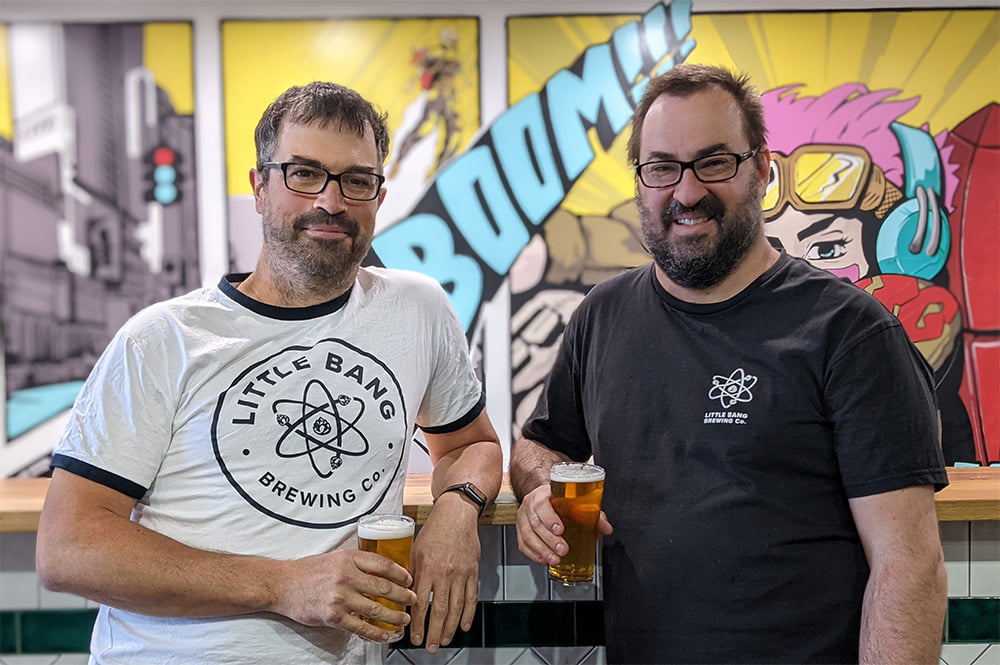 4. You’ve told us before that the locals are some of your most loyal customers, but now Little Bang beers are reaching new fans all over the country. How important do you find the role of online craft beer platforms to reach new fans?

Huge. Online is huuuuuuge. It’s exactly what The Internet does best. Now any beer lover in the country, even if they’re on a cattle station in the middle of the desert, can get a box of the rarest, craziest, fanciest crafties just as easily as someone who lives next door to the brewery. What a wonderful thing to do. What an amazing force for good in the world.

5. For those who haven’t been to the Stepney taprooms, what is your top recommendation for making it a trip to remember?

6. Some occasions just call for the perfect beer. What beer from the pack are you reaching for on these occasions?

GET THE LITTLE BANG PACK