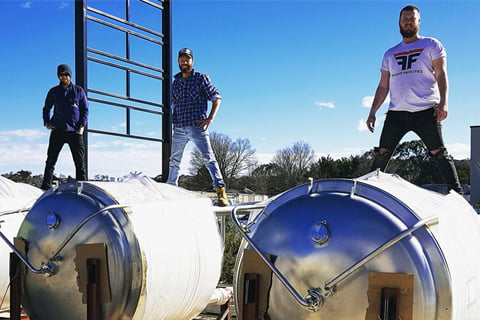 Welder’s Dog Farmhouse Ginger Beer (ABV: 4.1%) has been a staple in our fridge this summer; it’s done a beaut job of cooling us down on those scorchers.

So, we tracked down brewer, Phil Stevens, to get the low-down on the first release from Armidale’s Welder’s Dog Brewing.

How did you get into brewing?

Being passionate about beer, its only logical to want to make your own to understand more about the product and the process. After many years of home brewing and with two mates who were in the industry we thought it made perfect sense to try our hand at making something on a larger scale.

Why did you decide to kick off the Welder’s Dog Brewery with the release of a ginger beer?

We always wanted to do something that was a bit different that also slotted into what we saw as a little gap in the market. The Pale Ale and IPA spaces are densely occupied by a lot of really great beers but we thought there wasn’t really a great ginger beer out there at all so started doing some recipe testing. Once we stumbled upon what would become our Farmhouse Ginger Beer we decided it was a winner.

How does your Farmhouse Ginger Beer differ from others in the market?

Our Farmhouse Ginger Beer is 100% yeast fermented and soured with a house Lactobacillus culture. This means that it gets a really nice, natural tartness and finishes much drier than many of the other ginger beers on the market. We believe that we could be the first brewery to commercially produce a ‘sour’ ginger beer that reflects the old farmhouse traditional method. 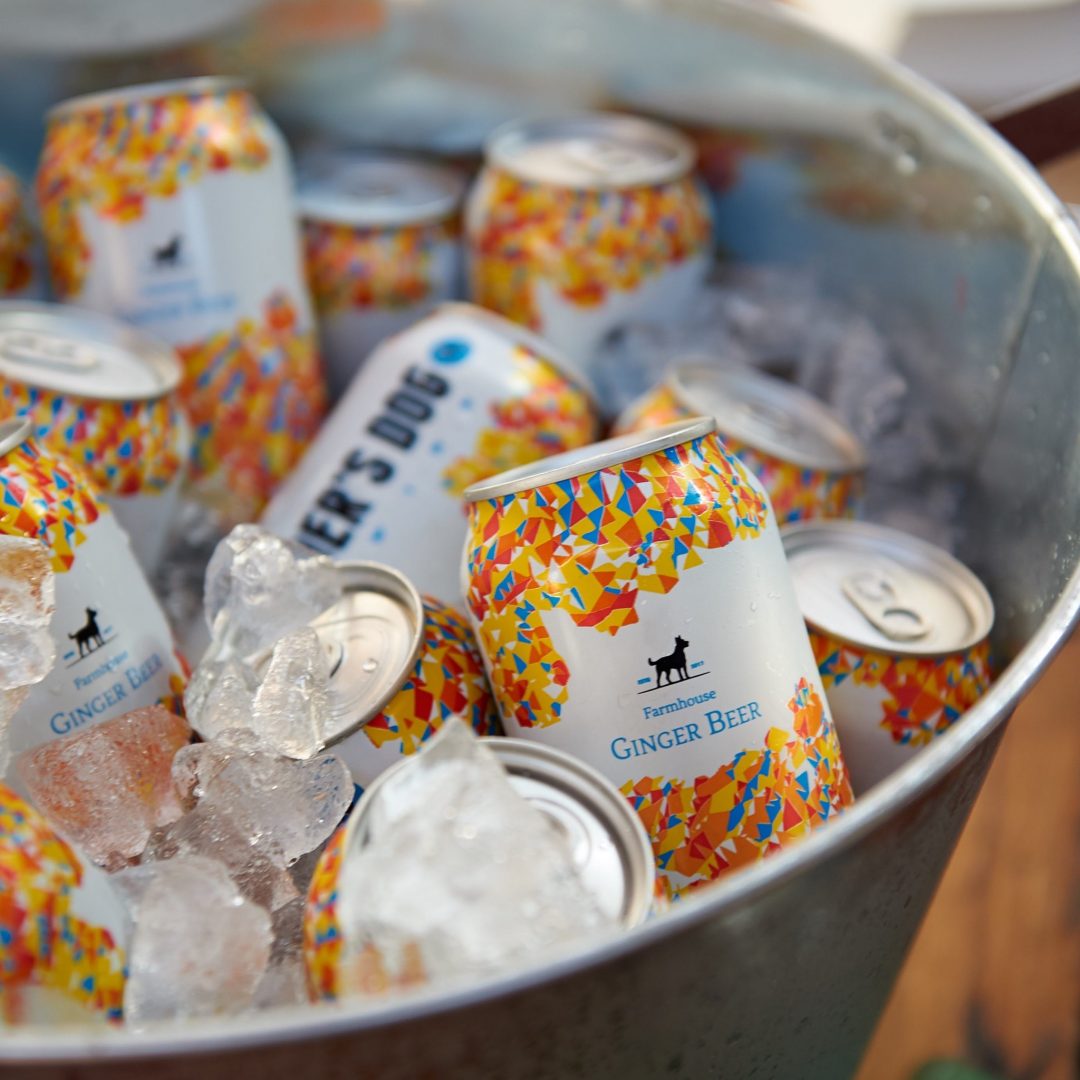 In addition to drinking it straight, how else would you recommend serving it this summer?

We love throwing it in a tall glass with a shot of our fantastic local gin from Dobson’s. Plenty of ice with a wedge of lime!

We love the colourful can. Who designed it?

Our mate Ian who is a great local designer who teaches at one of the high schools in our area and was itching to get back into the game. we are grateful he was so patient with us very indecisive clients.

Is your ginger beer gluten free?

It is, we didn’t put it on our packaging initially as we wanted to be super sure first, but keep and eye out soon for it to be made official.

Any plans for a second release?

We are currently looking at seasonal releases and some one off brews for our locals and I’m sure if something amazing comes along we would have to consider throwing it into distribution, but for now we are happy to mostly focus on ever perfecting the ginger beer and ensuring it is available to as many people as possible.